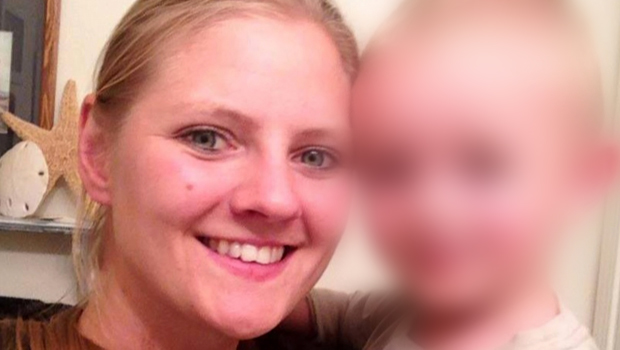 HAYDEN, Idaho -- A 29-year-old woman fatally shot with her own gun by her 2-year-old son at a northern Idaho Wal-Mart was described as "not the least bit irresponsible."

CBS News correspondent Don Dahler reports law enforcement officials have reviewed surveillance tapes from inside the store but have yet to decide whether to make that video public.

The other children, all under the age of 11, were members of her extended family, Dahler reports. Rutledge was from Blackfoot in southeastern Idaho, and her family had come to the area to visit relatives.

Carrying a concealed weapon is legal in Idaho, and more than 7 percent of its adults have a permit to do so, according to the U.S. Government Accountability Office.

Rutledge was an employee of the Idaho National Laboratory, The Spokesman-Review of Spokane, Washington, reported. The Idaho Falls laboratory supports the U.S. Department of Energy in nuclear and energy research and national defense.

Miller said the young boy was left in a shopping cart, reached into his mother's purse and grabbed a small-caliber handgun, which discharged one time.

Deputies who responded to the Wal-Mart found Rutledge dead, the sheriff's office said.

"It appears to be a pretty tragic accident," Miller said.

"She was not the least bit irresponsible," Terry Rutledge said. "She was taken much too soon."

The woman's husband was not in the store when the shooting happened at about 10:20 a.m. Tuesday. Miller said the man arrived shortly after the shooting. All the children were taken to a relative's house.

The shooting occurred in the Wal-Mart in Hayden, Idaho, a town about 40 miles northeast of Spokane. The store closed for the rest of the day.

Brooke Buchanan, a spokeswoman for Wal-Mart, said in a statement the shooting was a "very sad and tragic accident."

"We are working closely with the local sheriff's department while they investigate what happened," Buchanan said.

Maio said he was immediately impressed with her.

"She had a lot of maturity for her age," he told the newspaper. "Her work was impeccable. She found new ways to do things that we did before and she found ways to do them better."

"She was a beautiful person," he added.

There do not appear to be reliable national statistics about the number of accidental fatalities involving children handling guns.

In neighboring Washington state, a 3-year-old boy was seriously injured in November when he accidentally shot himself in the face in a home in Lake Stevens, about 30 miles north of Seattle.

In April, a 2-year-old boy apparently shot and killed his 11-year-old sister while they and their siblings played with a gun inside a Philadelphia home. Authorities said the gun was believed to have been brought into the home by the mother's boyfriend.

Hayden is a politically conservative town of about 9,000 people just north of Coeur d'Alene, in Idaho's northern panhandle.

Despite facing opposition from all eight of the state's university college presidents, lawmakers sided with gun rights advocates who said the law would better uphold the Second Amendment.

Under the law, gun holders are barred from bringing their weapons into dormitories or buildings that hold more than 1,000 people, such as stadiums or concert halls.