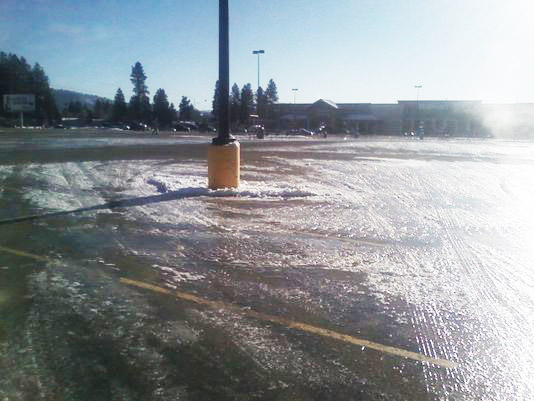 HAYDEN, Idaho - A 2-year-old boy accidentally shot and killed his mother after he reached into her purse at a northern Idaho Walmart and her concealed gun fired, authorities said Tuesday.

Kootenai County sheriff's spokesman Stu Miller told The Associated Press the woman was shopping with her son and three other children. Her family had come to the area to visit relatives, he said.

The woman was identified as Veronica J. Rutledge, 29, of Blackfoot, Idaho. Authorities said she had a concealed weapons permit. Miller said the young boy was left in a shopping cart, reached into the victim's purse and grabbed a small caliber handgun, which discharged one time.

"It appears to be a pretty tragic accident," Miller said.

Rutledge's husband was not in the store when the shooting happened at about 10:20 a.m. Miller said the man arrived shortly after the shooting. All the children were taken to a relative's house.

The shooting occurred in the Walmart in Hayden, Idaho, a town about 40 miles northeast of Spokane, Washington.

The store closed and was not expected to reopen until Wednesday morning.

Brooke Buchanan, a spokeswoman for Walmart, said in a statement the shooting was a "very sad and tragic accident."

"We are working closely with the local sheriff's department while they investigate what happened," Buchanan said.

A relative of says Rutledge was a "loving mother."

Hayden is a politically conservative town of about 9,000 people just north of Coeur d'Alene in Idaho's northern panhandle.

"A very sad incident occurred at our store today involving the death of a female customer. We are fully cooperating with the Kootenai County Sheriff's deputies as they investigate this matter."