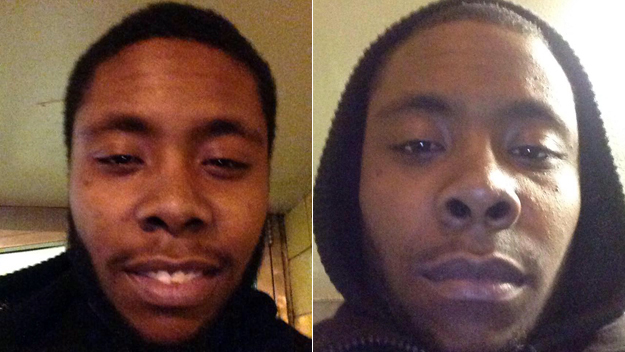 NEW YORK - Authorities say a man stabbed his girlfriend and all three of her children Wednesday morning, killing her and a 2-year-old girl at a hotel that was being used for homeless housing.

Rebecca Cutler, 28, was stabbed more than two dozen times, and her 2-year-old daughter, Miracle Cutler, was stabbed at least nine times at a Ramada Inn on Staten Island, a police official told The Associated Press. A 1-year-old girl and her 5-month-old sister were also critically injured in the attack.

Michael Sykes, 23, is wanted for questioning after he called his mother to say he was going to kill his girlfriend and himself, said the official, who wasn't authorized to publicly discuss the case and spoke on condition of anonymity. Sykes was the father of the 5-month-old, police said.

A housekeeper found the injured family and called police, who discovered a black-handled bloody knife nearby, the official said.

Cutler's shocked aunt said she last saw Cutler and Sykes on Monday night when they picked up the children from her Brooklyn home.

Mathis said she had no knowledge of any domestic disputes between her niece and Sykes. But the official said a domestic incident report was filed with police Tuesday after Sykes was accused of stealing Cutler's phone, claiming she was contacting another man.

A mayoral spokeswoman confirmed that the family was placed in the hotel, where Cutler had been since December, by the Department of Homeless Services. Hundreds of families have stayed in hotels in recent months as city officials determine whether they can be placed more permanently in other city facilities.