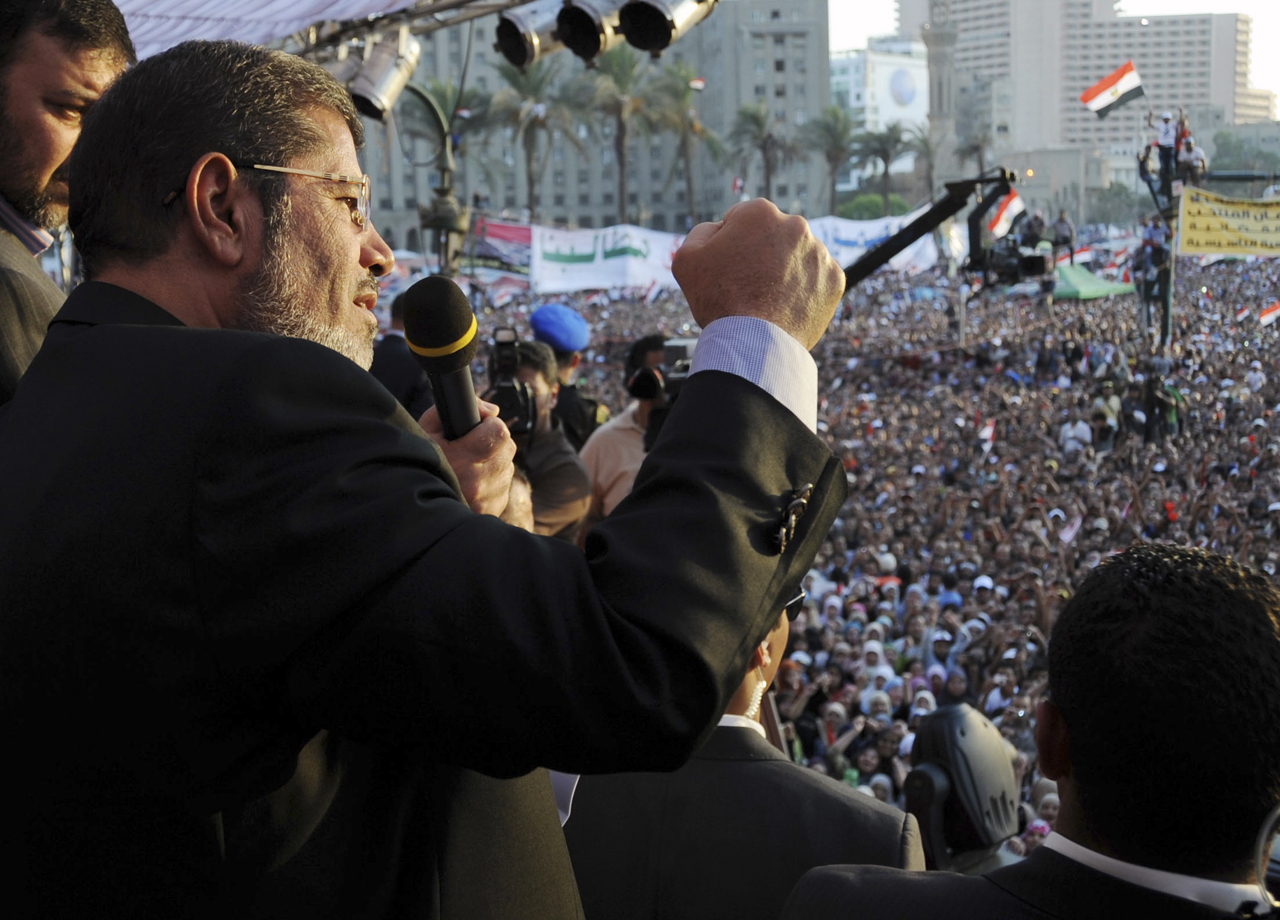 Morsi promised a "new Egypt" as he was inaugurated as the Arab world's first freely-elected Islamist president and Egypt's fifth head of state since the overthrow of the monarchy some 60 years ago.

He took the oath before the Supreme Constitutional Court in its Nile-side seat built to resemble an ancient Egyptian temple.

"We aspire to a better tomorrow, a new Egypt and a second republic," Morsi told the judges of the court during a solemn ceremony shown live on state television.

Morsi earlier took a symbolic oath on Friday in Tahrir Square, birthplace of the uprising that ended Mubarak's authoritarian rule last year, and vowed to reclaim presidential powers stripped from his office by the military council that took over from the ousted leader.

But by agreeing to take the oath before the court, rather than before parliament as is customary, he is bowing to the military's will in an indication that the contest for power will continue.