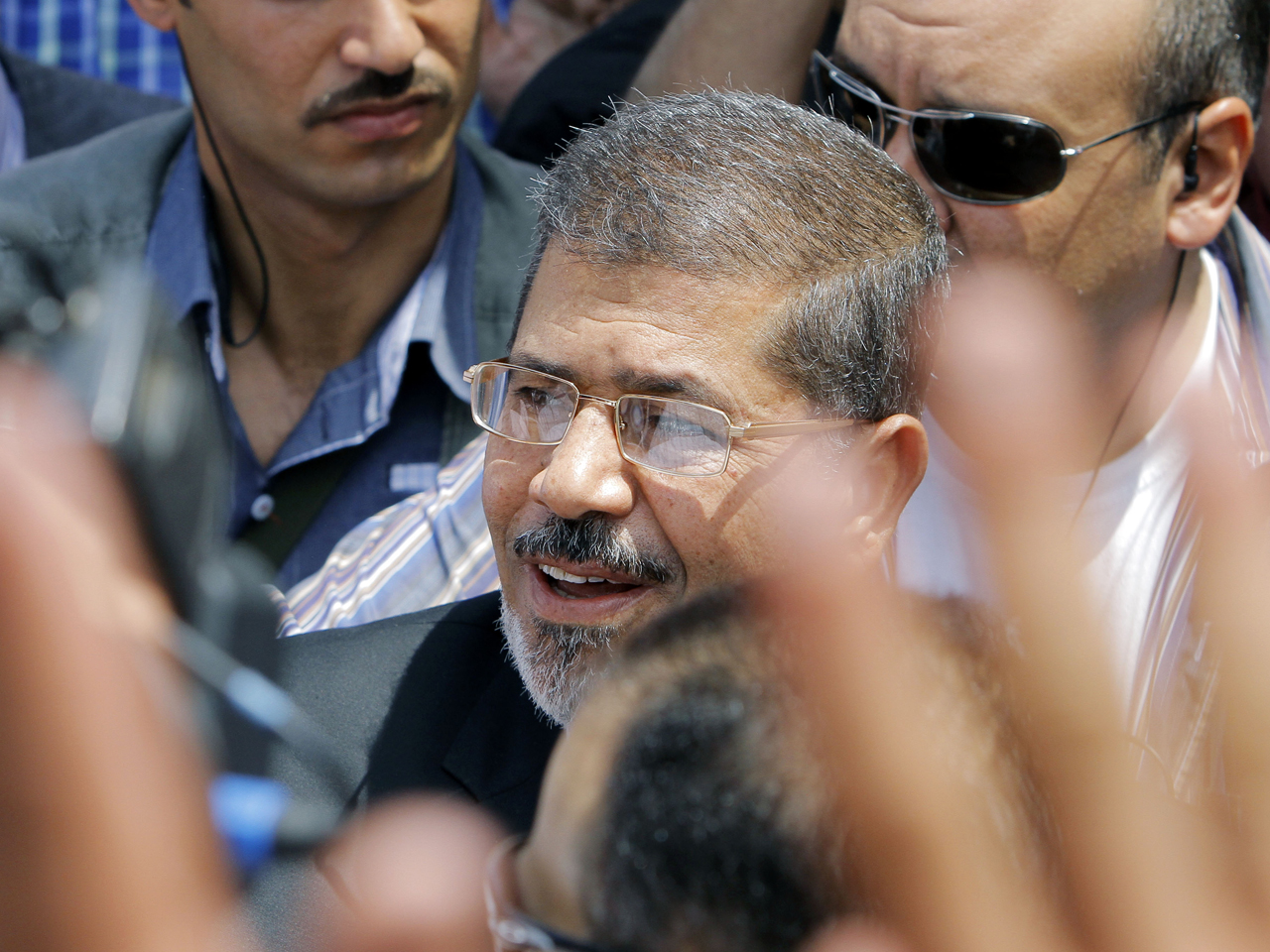 The campaign had deeply polarized the country, pitting a former regime official and former military man- feared to be a continuation of Mubarak's autocratic rule but viewed by some as an agent of stability- against an Islamist.

Many supported Morsi as a representative of the uprising that toppled the old regime and a chance to challenge the military. But Morsi was equally feared among youth groups behind the uprising, which campaigned for a secular democratic state, and among many of the country's Christian minority. Almost half of the voters boycotted the runoff vote last weekend.

The victory of Morsi, the first civilian president to take over the country's top job, is a stunning achievement for the Islamist group that remained for most of its eight decades a shadowy organization targeted by successive regimes. He pledged he will be a "president for all Egyptians."

CBS News correspondent Charlie D'Agata reports that, as Egyptians continued cleaning up after celebrations in Tahrir Square, Morsi had already moved into the office once occupied by his ousted predecessor, and it's no surprise he's wasting little time - there is a lot of work to do.

Now, Morsi faces a daunting struggle for power with the country's still-dominant military rulers who took over after Mubarak's ouster in the uprising.

Just days before a winner was announced, the ruling generals made a series of decisions that gave them sweeping powers, undercutting the authorities of the president, including passing the state budget — and granted military police broad powers to detain civilians.

The generals, who promised to transfer power to an elected leader by July 1, say the moves were designed to fill a power vacuum and to ensure that no one person monopolizes decision-making until a new constitution is drafted.

Two days before the runoff, a decision by a top Egyptian court packed with former regime appointees also dissolved the country's first freely elected parliament, dominated by Islamists, including Morsi's Muslim Brotherhood. This left the military council also in charge of legislating duties.

With the parliament dissolved, it is not clear where Morsi will be sworn in. Authorities say he could be sworn before the country's highest court, but his group and supporters are pressing for the parliament to be reinstated, arguing that the court decision only disputed a third of the house's seats.

Thousands of Morsi supporters, backed by some liberal and secular youth groups who were behind the uprising, vowed to press on with their protest in Cairo's Tahrir Square to pressure the ruling generals to rescind their decrees and reinstate the parliament.

Tens of thousands had spent the night in Tahrir in joyous celebration of Morsi's win. By Monday morning, few had stayed in the square, which after nearly a week of a sit-ins, was reopened for traffic but a protesters' tent camp remained in place. Brotherhood officials said the protests will continue until the military responds to their demands.

Ali said the 60-year-old Morsi arrived at the presidential office on Monday for official meetings and consultations. He said his priority is to form a working presidential team until he finishes consultation over nominating vice presidents.

"His priority is the stability on the political scene," said Yasser Ali, a spokesman for Morsi's presidential campaign.

In an effort to rally support and heal national divisions, Morsi vowed to appoint diverse deputies, including a woman and a Christian. He also has reached out to other presidential hopefuls, who garnered popular support in the first round of elections.

Ali , the spokesman, said there were also consultations to form a national coalition government. The military-backed government is expected to resign later Monday, according to legal tradition after a new president is announced. Ali said he anticipates the government, headed by Kamal el-Ganzouri, would remain in a caretaker role because forming a new one "will take time."

Morsi faces enormous challenges of improving the economy and maintaining law and order — both of which deteriorated in the post-Mubarak period. He has also promised he would nominate a non-Brotherhood member to head the government.