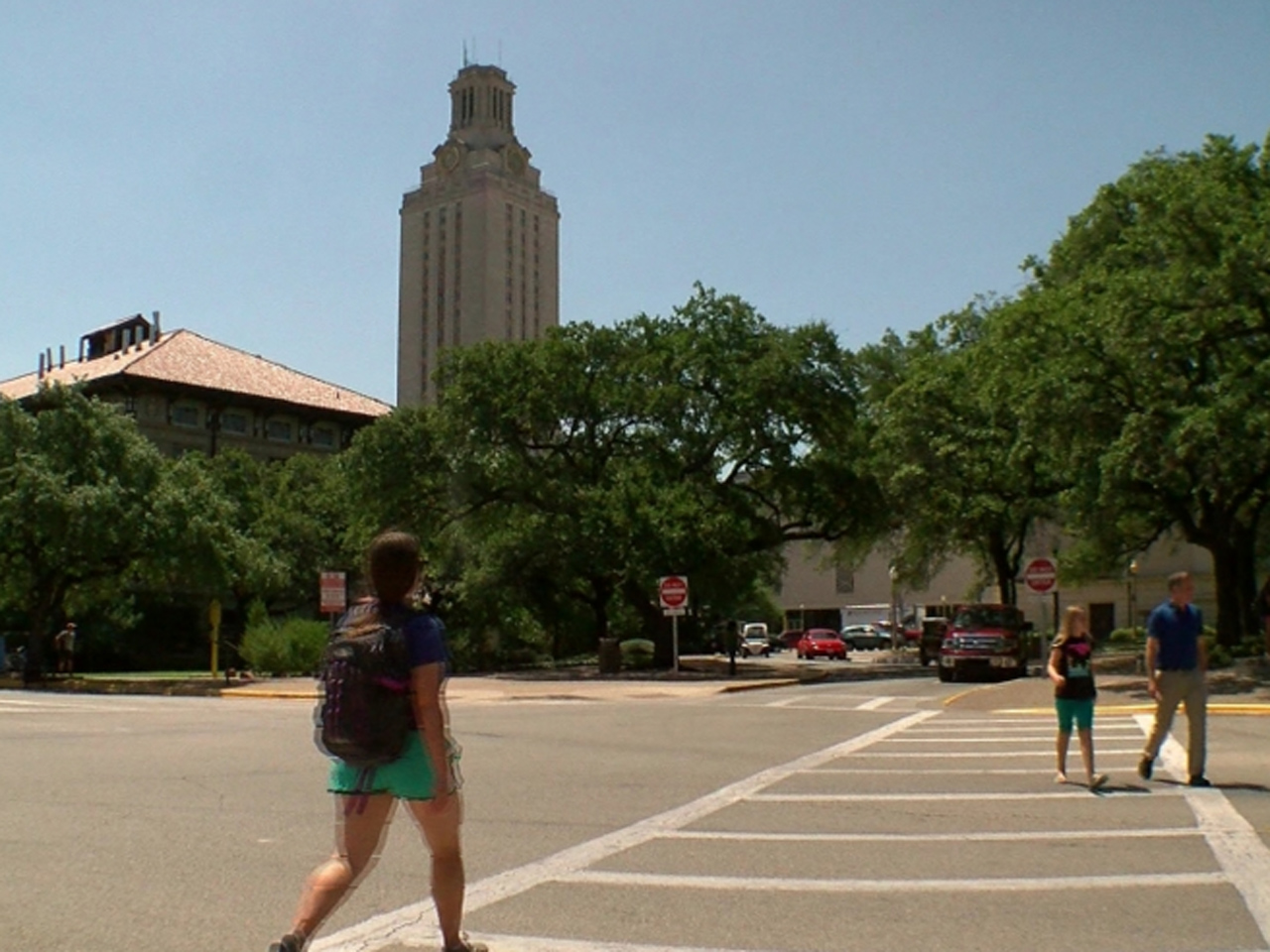 AUSTIN, Texas -- Gun-rights groups that wanted to stage a mock mass shooting at the University of Texas agreed to move their event off-campus after a warning from the school that they could be arrested.

The groups Come and Take It Texas and Dontcomply.com announced plans for the Saturday event that would include cardboard guns and fake blood, as well as gunshot audio played on a megaphone, reports CBS Austin affiliate KEYE-TV.

The Austin campus is the site of one of the worst mass shootings in U.S. history: Sniper Charles Whitman killed 16 people in 1966, shooting dozens of victims from a perch atop the central clock tower.

KEYE says students are concerned about the groups' plans.

"People are already scared with everything that's going on in the world and it's kind of nice to have a safe place which I feel like UT is. To have something like that occur, even if it was fake, I think makes people feel very endangered," UT junior Jazy Hill told the station.

The groups then said they would move their demonstration to an area next to campus.

Organizers said the purpose of staging a mock shooting is to rally support for gun rights. The event would come less than two weeks after shooters killed 14 people in San Bernardino, California.

"More than likely we're just going to be moving it 20-30 feet over to the public land that's adjacent to the property ... still using UT as the backdrop for the event," Murdoch Pizgatti, president and founder of DontComply.com and Come and Take It Texas, told KEYE.

Pizgatti says the mock shooting won't be realistic and is not designed to cause panic. He says the dramatization will show what happens when someone takes hostages in a gun free zone. There will also been another scenario showing how the situation is different when civilians are armed.

"These are the environments that this happens in and it's due to them being gun free zones," Pizgatti said.

University officials said they support free speech but outside groups are routinely barred from demonstrating on campus.

"When outside individuals come on campus and violate our rules regarding use of our grounds and facilities, they are asked to leave. If they do not, it becomes a criminal trespass matter," Texas spokesman J.B. Bird said.

The groups planning the mock mass shooting would coincide with a planned "open carry" march in Austin with demonstrators carrying long rifles.

State law currently bans guns from college campuses, but that will change next year. State lawmakers voted to allow concealed handgun license holders to bring their weapons on campus, including classrooms and dorms, with some limitations.

University of Texas officials will soon release recommendations on where concealed handguns will be allowed and where they will still be prohibited.

The law has met vigorous resistance from students and faculty. Some teachers have threated to quit or sue if they are not allowed to ban guns from their classrooms.