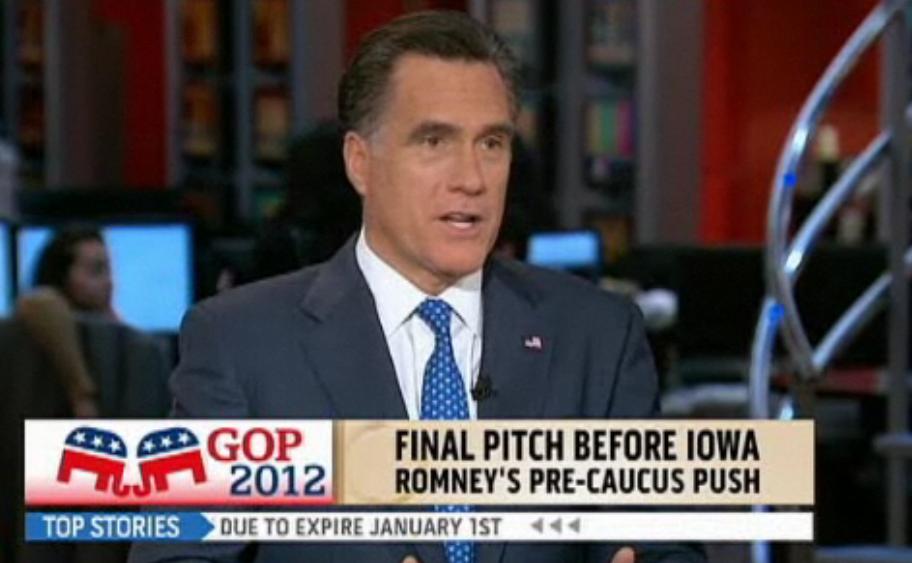 Former Massachusetts Governor Mitt Romney on Tuesday blasted the influence of so-called super PACs in contemporary politics, calling the "new entities" a "disaster" and claiming that campaign finance laws have "made a mockery of our political campaign season."

"This is a strange thing in these campaign finance laws," Romney said in an appearance on MSNBC's "Morning Joe." "They set up these new entities, which I think is a disaster, by the way. Campaign finance law has made a mockery of our political campaign season."

He added: "We really ought to let campaigns raise the money they need and just get rid of these super PACs."

Super PACs can spend unlimited funds to support a candidate as long as they do not directly coordinate with the candidate's campaign. And as CBS' Phil Hirschkorn reported earlier this month, they could drive campaign spending by independent groups up to $1 billion dollars in the 2012 election cycle - in addition to an estimated $4 billion in expenditures by presidential candidates, congressional candidates and political parties.

Romney indirectly benefits from the Super PAC "Restore Our Future," which has in recent weeks directed a series of negative ads at fellow Republican frontrunner Newt Gingrich - most recently one targeting the former House speaker for allegedly having "more baggage than the airlines."

When asked if he would concede to Gingrich's recent demands that the super PAC pull the ad, Romney pointed out that that would be in violation of campaign finance regulations.

"It's illegal, as you probably know," he said.

"Super PACs have to be entirely separate from a campaign and a candidate. I'm not allowed to communicate with a super PAC in any way, shape or form," he said.

"If we coordinate in any way whatsoever, we go to the big house," he added.

In a press availability on Monday, Gingrich suggested the assumption - based on legal restrictions - that candidates have nothing to do with the content super PACs produce on behalf of the candidates they represent is false.

"They ought to take this junk off the air," Gingrich told reporters, referring to negative ads. "And don't hide behind some baloney about, this 'super PAC that I actually have no control over that happens to be run by five of my former staff.' That's just baloney."

On Tuesday, a new pro-Gingrich super PAC called "Winning Our Future" announced that former Gingrich aide Rick Tyler would be joining the super PAC as a senior advisor.

On MSNBC, Romney also defended his controversial health care law - which he passed into law as governor of Massachusetts - and attributed the idea of an individual mandate to his opponent.

"Actually, the idea of an individual mandate came from Newt Gingrich and the Heritage Foundation," Romney said. "And we did something different than what they proposed. They were talking about a federal mandate, which is of course what Barack Obama did."

Romney maintained that he has always opposed the federal mandate, and that the plan he crafted was based on the needs of his constituents in the state.

"I opposed the idea of a federal mandate from the very beginning and said no, we will craft a plan that works for our own state and other states can learn from it or can decide to take a different course," he continued. "But yes, he had a federal mandate in the history and only recently has changed his view on that."