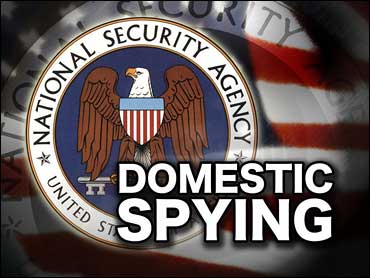 Gov. Mel Carnahan's death in the crash of a small plane piloted by his son sent Missouri into mourning for the beloved politician Tuesday and cut short one of the hardest-fought Senate races in the nation.

The twin-engine plane went down Monday night in rain and fog south of St. Louis en route to a campaign rally, killing the 66-year-old Carnahan, his 44-year-old son Roger Carnahan and an aide, Chris Sifford, 37. No one else was aboard.

The Jefferson County Medical Examiner's Office identified the bodies of the governor and Sifford early Wednesday.

Also early Wednesday, Lieutenant Governor Roger Wilson was sworn in as Missouri's 52nd governor. He will serve out the remainder of Carnahan's term, until Jan. 8.

The cause of the crash was not immediately known, but Federal Aviation Administration spokeswoman Elizabeth Isham Cory said the pilot reported a "gyro problem" shortly before the plane vanished from radar. A gyroscope is a dashboard instrument that helps the pilot with basic orientation and sense of horizon distinguishing level flight from banking, turning from straight and climbing from descent.

Members of the National Transportation Safety Board said a report would take months to complete.

Mourners gathered at the governor's mansion in Jefferson City shortly after daybreak as the news spread.

"He did so much for our state," said Susie Shultz, a state employee who brought red chrysanthemums. "Mel Carnahan was the education man. He was for the right things."

The two-term Democrat was locked in a tight and sometimes bitter Senate race with Republican Sen. John Ashcroft, who suspended campaign advertising and other operations after the crash.

"Obviously this is not a time for politics. This is a time for the state to come together," Ashcroft said. "Gov. Carnahan served the people of Missouri with dignity and honor for more than four decades. I will remember him and all of Missouri will remember him for that exemplary public service and for his dedication to his family, as a husband, as a father and as a grandfather."

There was talk of postponing the third presidential debate between Vice President Al Gore and Texas Gov. George W. Bush in St. Louis. But Carnahan's wife, Jean, insisted it go on. She said her husband would have wanted it that way.

In a statement, Bush praised Carnahan as "a thoughtful, distinguished man who was dedicated to quality education and excellence in public service." Gore, who wore a black ribbon on his lapel, said he was "deeply saddened" and hailed Carnahan's work on education and other issues.

The Cessna 335 took off from an airport in Cahokia, Ill., acrss the Mississippi River from St. Louis, for a 145-mile flight to New Madrid, where the governor was to attend a Monday night rally.

Visibility at the time was three-fourths of a mile to two miles. The plane registered to a law firm where Roger Carnahan was a partner crashed 25 miles south of St. Louis in hilly, wooded country.

Sifford had paged the state Democratic Party director and told him the plane had encountered lightning and would return to St. Louis or Jefferson City, state Sen. Jerry Howard said.

Tom Hunter, who lives near the crash site, said he heard the plane flying overhead and thought it sounded like it was in a steep dive.

Hunter told CBS St. Louis affiliate KMOV-TV, "I thought, 'What a crazy person in this kind of weather.'" He said he heard an explosion and the sky turned red. "That was it. It was total silence. I told my wife to call 911."

FAA spokesman Roland Herwig said there were no previous accidents, incidents or service difficulty reports on the 1980 Cessna.

Roger Carnahan received his pilot's license in 1988 and was authorized to fly aircraft both by sight and using only instruments. "He was as close as it comes to the top when it comes to training," Cory said.

President Clinton called Carnahan's wife to express condolences while he was at the Mideast summit in Egypt.

"He's known him for a long time. They've worked together on a lot of issues," Clinton spokesman Jake Siewert said.

The campaign, one of the key races in the Democrats' effort to retake control of the Senate, had been a dead heat for months. The most recent poll, taken for the St. Louis Post-Dispatch last month, gave Ashcroft 45 percent and Carnahan 43 percent, within the 4-point margin of error.

Carnahan's name will stay on the Nov. 7 ballot because the deadline to change it has passed. If Carnahan receives the most votes, Wilson, a Democrat, can appoint a replacement to serve until the next general election, in November 2002.

Carnahan, the son of a seven-term congressman, won his first public election at 26 as a municipal judge in his hometown of Rolla. He was elected to the Missouri House two years later and served two terms.

He served as state treasurer, and was elected lieutenant governor in 1988. Four years later, he won the governor's office in a landslide and was re-elected in 1996. He was barred by state law from seeking a third consecutive term.

The last governor to die in office was Florida's Lawton Chiles in 1998. The 68-year-old collapsed while exercising in the governor's mansion gymnasium. South Dakota Gov. George Mickelson died in 1993 when his state airplane slammed into a silo in Iowa.