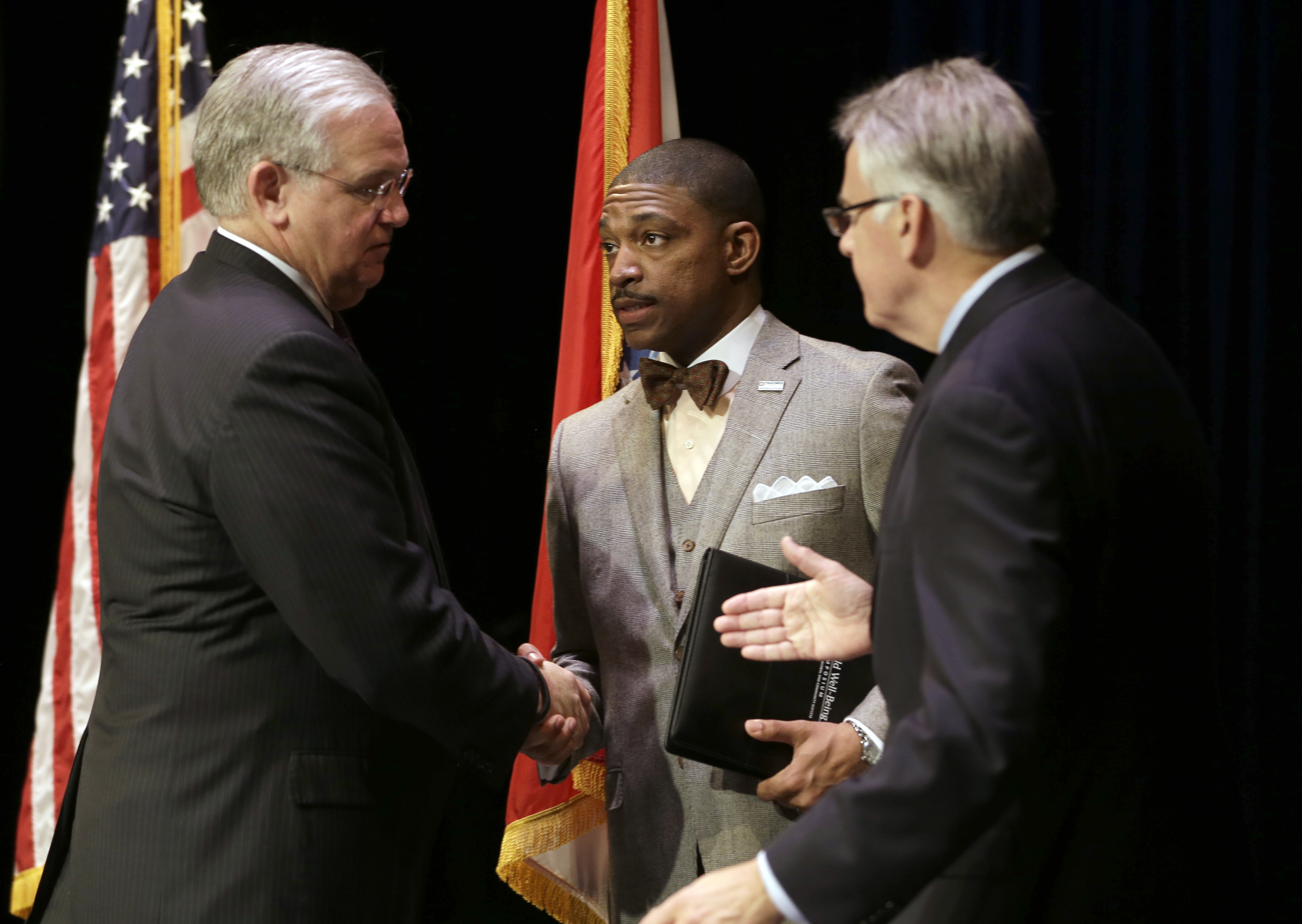 ST. LOUIS -- A business owner, two pastors, a community activist and a police detective are among the 16 people appointed by Missouri Governor Jay Nixon to an independent panel tasked with helping the St. Louis suburb of Ferguson heal after the fatal police shooting of 18-year-old Michael Brown.

Nixon introduced the nine black and seven white members of the Ferguson Commission Tuesday in St. Louis. The commission was created to study the underlying social and economic conditions underscored by unrest following the early August shooting of Brown, who was black, by Ferguson officer Darren Wilson, who is white. It will make recommendations in a report due by September 2015.

More than 300 people applied for spots on the commission, including out-of-state residents and Missourians who don't live in the St. Louis area.

The commission's ranks include the owner of Ferguson construction supply company, two pastors, a university professor, two attorneys, a 20-year-old community activist and a St. Louis police detective who is also president of the state chapter of the Fraternal Order of Police.

"They are united by the shared passion to promote understanding, hasten healing, ensure equal opportunities in education and employment, and safeguard the civil rights of all of our citizens," Nixon said in introducing the panel.

Brown's death prompted weeks of demonstrations on the streets of Ferguson, with some of the protests turning violent. The demonstrators were met by a highly militarized response from the Ferguson and St. Louis County police departments.

A grand jury is expected to deliver a decision soon on whether Wilson should face criminal charges. Local, state and federal authorities are bracing for the possibility of more violence if Wilson is not indicted. On Monday, Nixon declared a state of emergency and activated the National Guard.

Protest organizers and Brown's family have urged calm and civility, no matter the outcome.