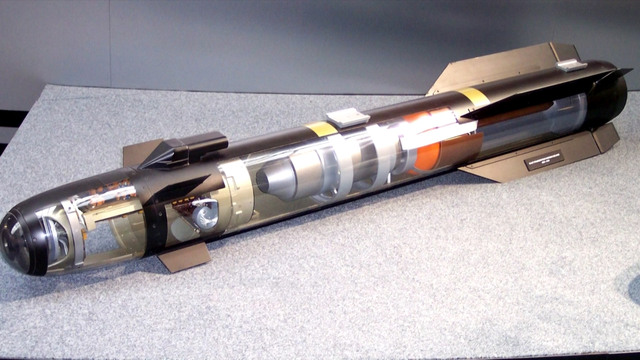 BELGRADE, Serbia - Two missiles found on a passenger flight from Lebanon to Serbia were used for training and did not contain any explosives, the Lebanese army said Monday. Serbian investigators remain unconvinced, saying police found traces of suspected explosive materials on the cargo.

The Lebanese army said the missiles were being sent from Beirut to the American company that produced them. It said the return was in accordance "with administrative and legal measures after the training ended."

A U.S. official familiar with the situation, speaking on condition of anonymity because he wasn't authorized to discuss the case, said the missiles are "inert training dummies."

"There was no explosive residue, no warhead and no engine," he said.

These are formally called "captive air training missiles" and they had been sent to Lebanon by their manufacturer, Lockheed Martin, for the Lebanese armed forces to practice mounting them on their Cessna planes, according to the official.

He said it is not clear how the Serbs picked up explosive residue on the crates, but added it was possible that it was a mistake or that someone who loaded them in Lebanon may have gotten some residue on them.

But the Serbian public prosecutors' office said Monday in a statement emailed to The Associated Press it was investigating findings by border police that the packages "are suspected to contain explosive materials." It said the investigation also focused on where the missiles came from and what was their final destination.

"We hope that our expertise will be finished this week," prosecution spokesman Ivan Markovic said, adding that the final report could take time "because some of the information is located in foreign countries."

Serbia's N1 television has said the packages, with two guided armor-piercing missiles, were discovered Saturday by a sniffer dog after an Air Serbia flight landed at Belgrade airport from the Lebanese capital, Beirut. Serbian media said documents listed the final destination for the AGM-114 Hellfire missiles as Portland, Oregon, with a stopover in London.

However, Beth Anne Steele with the Portland office of the FBI said on Monday the missiles were not destined for Portland, CBS affiliate KOIN reported Monday afternoon.

The American-made projectiles can be fired from air, sea or ground platforms. They are also launched from drones in the U.S. fight against terrorism. The practice version of Hellfire is fitted with an inert warhead without explosives.

The Lebanese Al-Joumhouria newspaper, which is owned by former defense minister Elias Murr, reported that the Hellfire missiles were delivered to Lebanon by the U.S. in October 2015, adding that they are laser-guided and specialized for training. It said the missiles were being shipped backed to the U.S. after training ended in Lebanon, with the knowledge of Lebanese and American authorities.

The head of Beirut's Rafik Hariri Airport issued a statement saying that the missiles do not contain any explosives.

Fadi al-Hassan said the transport "happened in coordination with the army command and in accordance to the administrative, legal and security measures taken at the airport."