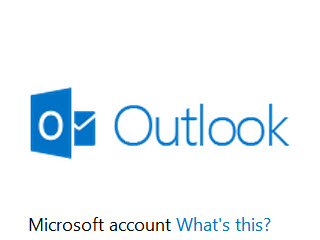 (MoneyWatch) There's always something afoot when a big company overhauls one of its major brands. That's certainly the case with Microsoft (MSFT) moving this week to replace Hotmail with Outlook.com, the company's new email service, which gained a reported 1 million new users in only six hours.

Many are looking at the practical implications for users and how they can benefit from the changes in Microsoft's system. Nothing wrong with that, but there's a bigger business story here. The Outlook.com shift represents only one element in the company's effort to  reposition itself in a world where computing changes quickly and people are moving from traditional desktops to mobile devices and the Internet 'cloud.'

Google is up and Microsoft down? Not quite
Microsoft tried out-tablet Apple
Apple pulls for Microsoft to push of Google

For example, the name Outlook parallels that of Microsoft's desktop software, which combines email, task lists, contacts, and calendar functions. Similarly, Outlook.com is more than email alone. It includes a calendar and cloud storage that, as a little exploration shows, can both store documents and synchronize files between Windows machines and Macs. One can only assume that functionality will also soon be extended to Windows Phone handsets and the upcoming new mobile device, Microsoft Surface. There is already integration of a number of leading social networks -- remember that Microsoft holds a significant stake in Facebook (FB). And Skype, the popular Internet communications package that Microsoft bought, will be added as well.

Things won't stop there. Microsoft has already hinted in public filings that it could plan a whole series of new devices. This is why the company has developed an interface -- Metro -- for Windows 8 that it hopes will get people to move across all devices with ease.

Add search capabilities (Bing won't just be for Web searches), cross-platform development, and automated integration over all of these devices to let people do what they want, where they want, and Web versions of its popular Office applications, and you've got a formidable beginning of an ecosystem that will be tough to replicate, if for no other reason than the massive number of business users that Microsoft already has. If that's not enough, throw in the company's Xbox 360 console gaming platform and its ties to the living room.

In short, the move to Outlook.com highlights a massive shift in strategy at Microsoft that has been in the works for years. And although it is hardly guaranteed to work, the software giant has a lot of tools outside of Windows 8 and Windows Phone to push forward in its quest to grow.