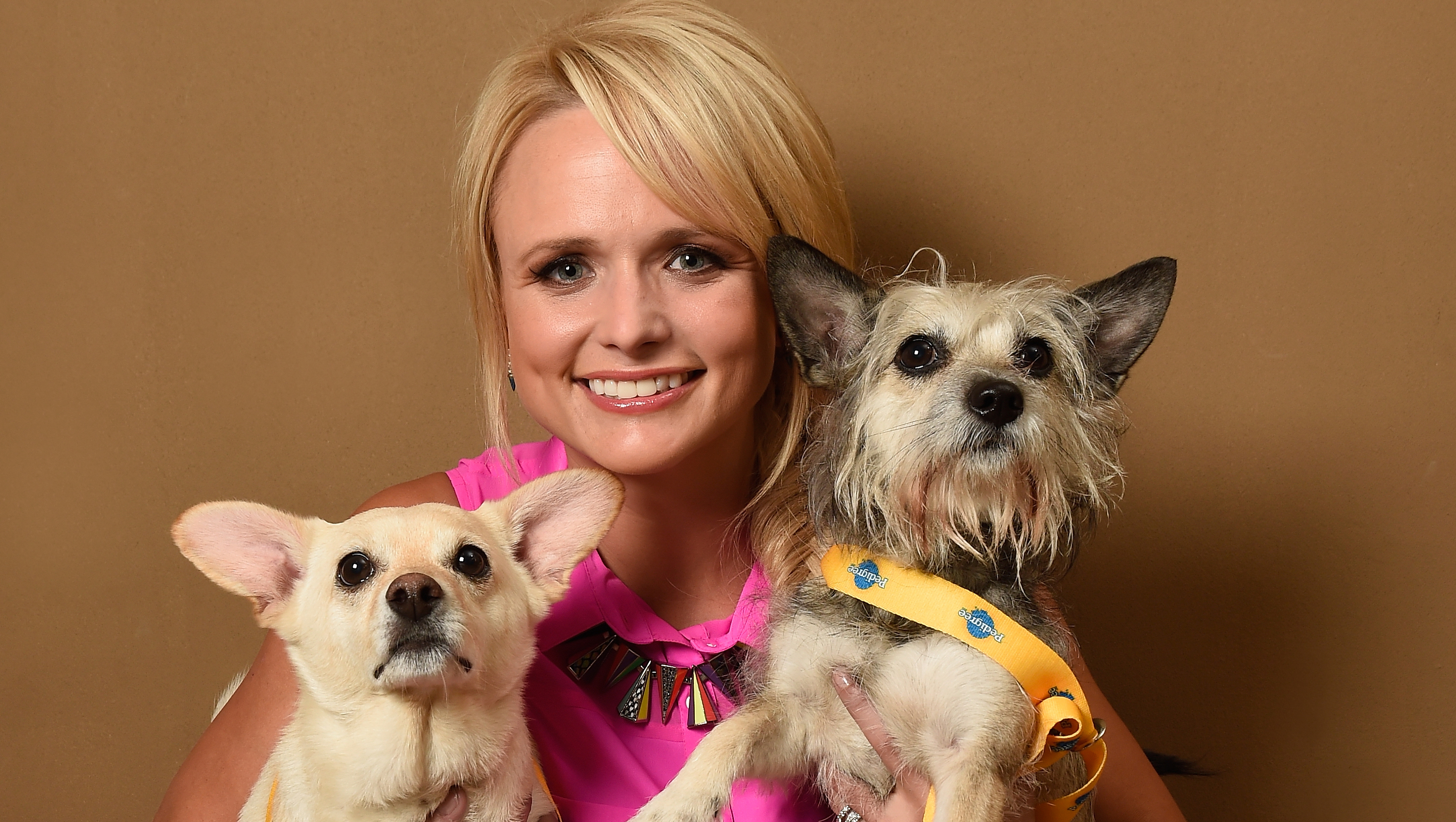 "I'm pretty sure if I got any more I'd be short a husband," Miranda Lambert joked about what would happen if she adopted another dog.

Lambert and her husband, Blake Shelton, currently have six dogs at their Oklahoma home. All are rescues.

Lambert's love for animals started at a very young age -- ever since growing up in Texas with a house full of Labrador retrievers.

"My dad's a duck hunter, so we always had labs that he used as retrieving dogs...There was a Labrador under my crib from the time I was born, and I would put bonnets on him, take him to tea parties and everything little girls do with their dogs. I think that's where my love dogs and animals in general started," she said.

Her passion has since turned into advocacy. The 30-year-old country star just unveiled a documentary film that highlights her passion for pets, along with the recent renovation of her hometown shelter in support of Pedigree's "See What Good Food Can Do" initiative.

"They've been renovating shelters all across the United States and donating 20 million pounds of food since 2008 to help shelters improve what their dogs are eating. I think it's such a great thing that they're doing," said Lambert.

"When [I thought about] how could I make something better out of what I've gotten to do with my life, it was always very clear to me that it would be for animals," she said. "I've always loved animals my whole life and living in the country we had stray dogs all the time and people dumping them off at our house."

Lambert is encouraging potential dog owners to think about adopting a rescue animal: "I think people think of shelters in general as a scary places sometimes...These dogs are amazing...We don't know what they've been though but I've got three dogs from shelter myself and they are all incredibly cool. They're all well-behaved."

When Lambert isn't playing fetch at home with her dogs, she's busy working her new album, "Platinum," which came out in June.

"I think it pretty much describes me and where I am right now in general," she said. "There's 16 songs on the record and every single one of them has a part of who I am or something I love in it."

"Platinum" comes three years after Lambert's previous release, "For the Record." For the latest effort, Lambert wrote most of the songs while on the road last year.

"It's usually how I do it. I usually go a couple of years without having an album and I choose those years in between to sort of live my life and see what I want to write about next and just write about who I am," she said.

"Platinum" features a duet with fellow country singer Carrie Underwood on "Somethin' Bad," a collaboration that's been in the works for a while.

"I've known Carrie for a really long time because we started around the same time in the business," Lambert said. "And it just felt like time for us to collaborate as two females in the business. We thought it would be cool and fun -- and so finding the perfect song is definitely the most important part -- to mesh our styles together was something I wanted to make sure I can do. So when I found 'Somethin' Bad' I really felt like it was the right one. I sent it to her and she was all about it."

Living in a musical household certainly has its benefits, says Lambert. But when it comes to writing and producing Lambert and Shelton mainly stay independent.

"We're really supportive of each other and our music, but we don't usually get too involved," she said. "We like to give each other creative freedom and are fans of each other mostly and I think that's the most important part is just that we encourage each other. And whenever I do need advice, he's been doing this longer than I have so he's always there to give it."

Lambert and Shelton have been married since 2011, and these two -- like many other celebrity couples -- are often subject to tabloid rumors; but Lambert doesn't pay much attention to the stories.

"Most of it's lies anyways. At first it was a little bit of a pain but then I finally just realized that it just doesn't matter anyway," she said. "No one pays attention to it. It's just kind of pointless and I just sort of removed myself from it. I know now that all the stories I read about me or anybody else are probably not true. So I just brush it off and go about my life."

Lambert will have quite the busy life this year as she'll be on the road through October.

And as for whether she and Shelton will adopt another dog? Let's just venture to guess -- that it probably won't happen for a while.

"He's [Shelton] a good sport and he puts up with six as it is. I think we're good at six for now," Lambert said.