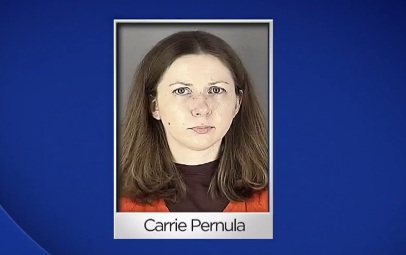 MINNEAPOLIS -- A Minnesota woman will be on probation for a year and pay a $200 fine after admitting she wrote an anonymous note threatening to "taste" her neighbors' children.

Thirty-six-year-old Carrie Pernula pleaded guilty Tuesday to one count of stalking, a gross misdemeanor. The Star Tribune reports the offense may be dismissed if Pernula successfully completes probation.

In September, a couple called Champlin police to report they had received a threatening letter that read, "The children look delicious. May I taste?"

The family then began to receive magazine subscriptions addressed to "tasty children."

"Instead of a name on the address label it said things like 'tasty children' along those lines," Champlin Deputy Police Chief Ty Schmidt said back in October, reported CBS Minnesota.

Police traced the magazines and arrested Pernula. Court records say Pernula was angry that the couple's children left items on her porch.

"She was angry because the kids were leaving things in her yard and I think being a little noisy, being kids, the way kids are," Schmidt said.