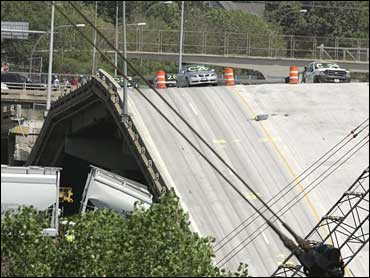 A Minnesota panel has made compensation offers to 179 victims of the Minneapolis bridge collapse.

The attorney who heads the panel says she expects most victims to accept the settlements.

Susan Holden says the panel divided the entire $36.4 million victim compensation fund among those who sought compensation. She says all victims stand to get less than their losses but the money will help with medical bills and other costs as they recover.

Victims have until April 16 to accept or reject compensation offers, or let them expire. Holden says any money that isn't accepted will be redistributed among the remaining victims.

In January 2008 the National Transportation Safety Board said that undersized gusset plates (which connect steel beams) were "the critical factor" in the bridge's collapse. NTSB Chairman Mark Rosenker said the plates were roughly half the thickness they should have been because of a design error.