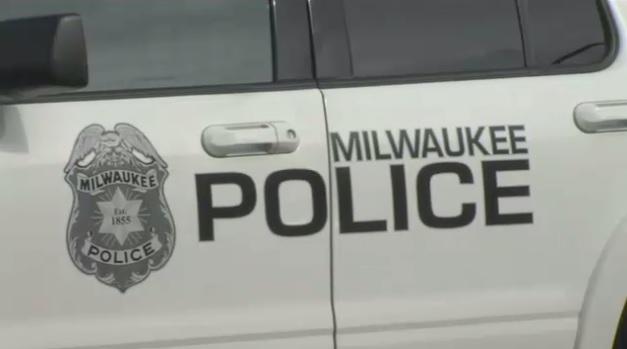 MILWAUKEE, Wis. -- The Milwaukee Police Department is operating a stop-and-frisk program that mostly targets black and Latino residents who are often detained without cause, the American Civil Liberties Union of Wisconsin alleges in a lawsuit filed Wednesday.

The federal lawsuit was filed on behalf of six black and Latino plaintiffs who say they’ve been stopped once or multiple times since 2010 without a citation or clear explanation. The lawsuit alleges the stop-and-frisk program is citywide but is concentrated in areas largely populated by minorities, including the predominantly black neighborhoods in the north of the city, creating a “deepened public fear of and alienation from” the police.

Police Chief Edward Flynn has suggested that increasing the number of stops in certain areas will disrupt and deter crime, the lawsuit alleges.

Flynn denies his department has a stop-and-frisk policy, though he maintains that traffic stops in “high crime areas” reduce crime.

“No discussion of our crime tactics is complete without reference to the hyper-victimization of disadvantaged communities of color by high rates of violent crime,” Flynn said in an emailed statement. “But MPD considers it our moral duty to confront violence where it occurs.”

The lawsuit also names the city of Milwaukee. A spokeswoman for Mayor Tom Barret didn’t immediately return a call for comment.

“What we’ve uncovered by talking to people in the community and looking closely at plaintiff’s experiences is that the Milwaukee Police Department is running a vast, unconstitutional stop-and-frisk program that subjects people to law enforcement encounters without reasonable suspicion of criminal activity and based on their race and ethnicity,” said Nusrat Choudhury, an ACLU attorney.

The ACLU has challenged similar police initiatives in Boston and Chicago over racial-profiling concerns. New York halted its stop-and-frisk policy in 2014 after a federal judge ruled it unconstitutional.

The number of traffic and pedestrian stops in Milwaukee rose from 66,657 in 2007 to 196,434 in 2015, according to police department data cited in the lawsuit. The ACLU contends the stop-and-frisk directive began in 2008.

Figures the ACLU obtained from the police department through an open records request found that black people comprised 72 percent of the more than 33,300 pedestrian stops officers conducted between 2010 and 2012. Blacks make up about 39 percent of Milwaukee’s nearly 600,000 residents, according to 2015 Census data.

The ACLU’s analysis of those stops found that 41 percent lacked a clear explanation, with the reasons listed being “other,” ‘’null,” or “suspicious circumstances,” ‘’suspicious vehicle,” and “suspicious person.”

ACLU attorneys also contend that the department encourages quotas for stops. They cite a May 2016 letter from the police union to department supervisors about placing officers “in a very difficult situation.”

“Basically, stops must be made to preserve employment, rather than to facilitate public safety,” Milwaukee Police Association President Michael Crivello said in the letter, which claimed officers were being told to make two traffic stops per day or face discipline. Police department officials have denied a quota system exists.

One of the lawsuit’s plaintiffs is a 17-year-old boy who says he’s been detained without cause three times, including once when he was visiting a friend when he was 11. Another plaintiff is 60-year-old Alicia Silvestre, who alleges that two police officers pulled her over and followed her home to look through her purse and verify she had a driver’s license, which she didn’t have when they stopped her. She said she was not ticketed or told why she was pulled over.

The lawsuit alleges that Charles Collins and his wife were pulled over and questioned in 2014 without explanation -- an experience Collins, 67, said reinforced his anxiety about police.

“If I go out, I gotta be on edge, I gotta be a little anxious because if I roll out as a black man, there’s a good chance that I’m gonna get stopped for doing nothing,” he said.