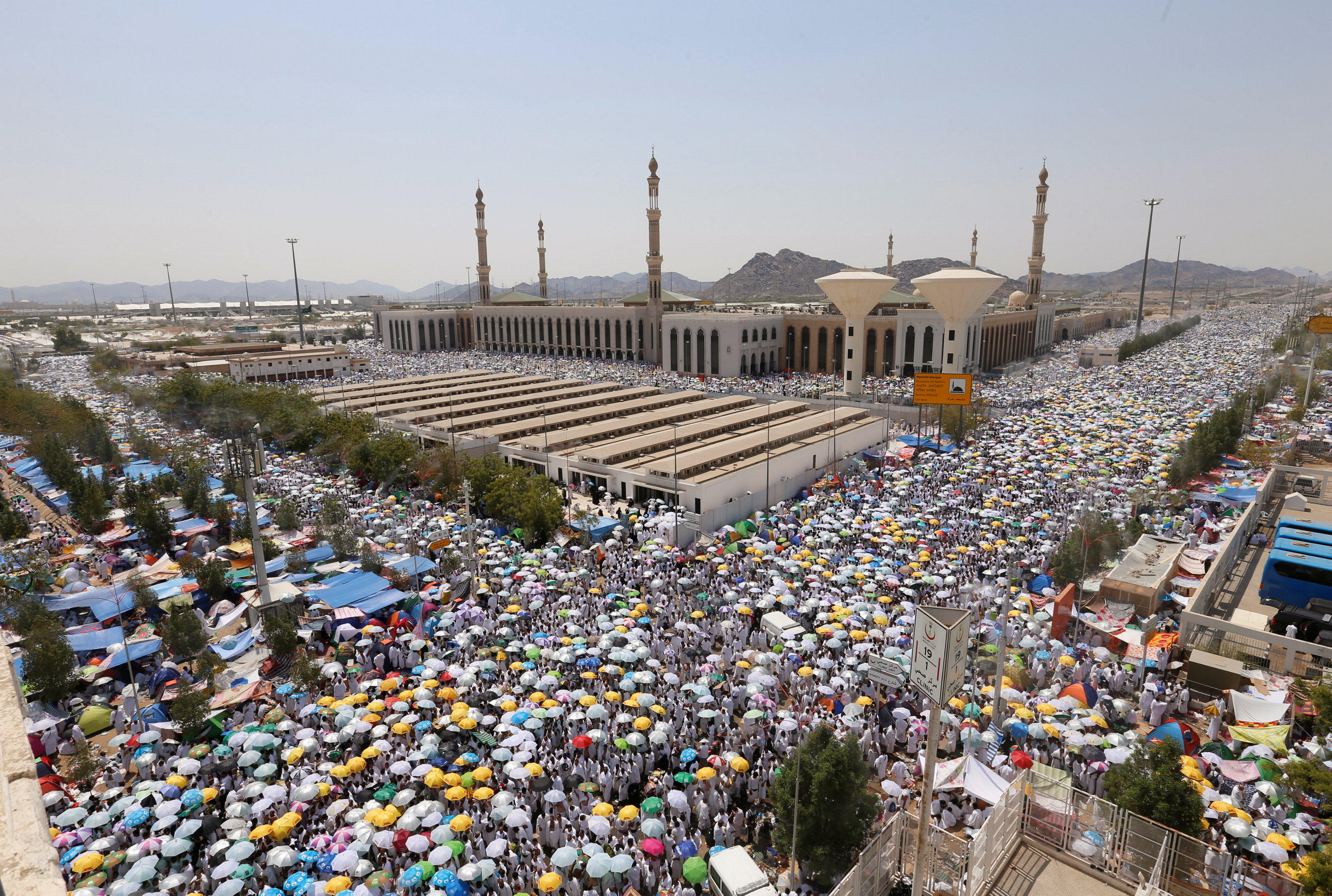 MECCA, Saudi Arabia - Close to 2 million people from around the world began performing the first rites of the Islamic hajj pilgrimage on Saturday, which calls for entering into a state of physical and spiritual purity and circling the cube-shaped Kaaba with their palms facing upward in supplication and prayer.

Notably absent this year are Iranian pilgrims. Last year, some 64,000 Iranians took part in the hajj, but disputes with the Saudi government prompted Tehran to bar its citizens from taking part this year.

Saudi Arabia has blamed Iranian officials for the decision and suggests it was politically motivated to publicly pressure the kingdom. Iran says Saudi “incompetence” caused a crush and stampede duringlast year’s hajj that killed more than 460 of its citizens​. On Friday, thousands of Iranians marched through the streets of Tehran and other Iranian cities to protest Saudi Arabia, chanting prayers against the kingdom’s Sunni rulers after midday prayers.

The hajj is one of the world’s largest pilgrimages. It draws the faithful to the holy city of Mecca and areas around it for five intense days of rituals and prayers aimed at erasing past sins and drawing Muslims closer to God. The pilgrimage is required of all Muslims to perform once in their lifetime.

To begin the hajj, hundreds of thousands of pilgrims circle the Kaaba in Mecca’s Grand Mosque. In a sign of humility and equality before God, the pilgrims shed symbols of materialism, entering a state of “ihram.” Women forgo makeup and perfume and wear loose-fitting clothing and a head covering, while men dress in seamless, white terry cloth garments.

Since arriving in Mecca over the past several weeks, hundreds of thousands have chanted, “Labayk Allahuma Labayk,” or “Here I am, God, answering your call. Here I am.”

While following a route the Prophet Muhammad once walked, the rites of hajj are believed to ultimately trace the footsteps of the prophets Ibrahim and Ismail, or Abraham and Ishmael as they are named in the Bible.

The Interior Ministry says more than 1.3 million people from 160 different countries have arrived to the kingdom to perform the hajj this year.

Most pilgrims will spend the evening outside Mecca in a valley called Mina that houses more than 160,000 tents. They will head to an area called Arafat on Sunday for the pinnacle of the pilgrimage, an emotional day of repentance and supplication.

For the first time in more than three decades, Saudi Arabia’s top cleric will not be delivering this year’s prestigious hajj sermon on Sunday.

Al-Riyadh newspaper reported Saturday that Grand Mufti Sheikh Abdulaziz Al Sheikh, who has delivered the sermon since 1981, will be replaced by Sheikh Saleh bin Hamid.

Hamid previously served as chairman of the top consultative Shura Council and was appointed to the Supreme Judicial Council before serving as a royal adviser. The newspaper did not give a reason for the change.

The mufti sparked controversy this week when, in response to the Iranian criticisms, he was quoted as saying that Iran’s Shiite leaders “are not Muslims.”