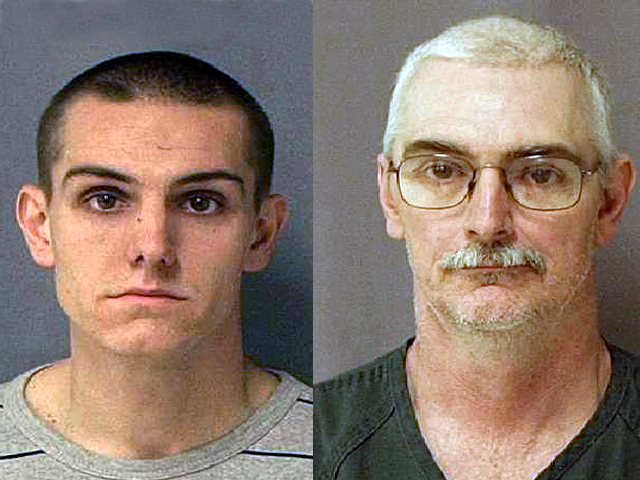 (AP) DETROIT - A Michigan militia leader and his son each pleaded guilty Thursday to illegally possessing a machine gun, ending a six-week trial that took a dramatic turn this week when a judge dismissed more serious charges of conspiring to rebel against the government.

The gun charges were the only ones left against David Stone and Joshua Stone after U.S. District Judge Victoria Roberts said prosecutors had failed to present evidence of a specific plan to go to war against law enforcement and federal authorities. She acquitted them and five other members of the Hutaree militia Tuesday.

David Stone, 51, and Joshua Stone, 23, of Lenawee County, Mich., each admitted they possessed a machine gun. They were released on bond after two years in custody but could face additional time in prison when they are sentenced in the months ahead.

In an interview, David Stone rocked in a chair at the defense table and said FBI agents should be disciplined for their actions in the 18-month investigation. He said acquittal on the conspiracy charges is a "victory for everyone" who cherishes the First Amendment.

Stone described himself as a "stand-up true American patriot" whose anti-government comments and bravado about killing police was not a call to attack the United States.

"It's amazing how someone can take a comment out of context and make it to whatever they want it to be," he said.

For weeks, jurors in Detroit heard secretly recorded conversations between David Stone and an FBI informant and agent. He talked about killing police, building bombs and engaging an international coalition of freedom-hating law enforcers dubbed the "brotherhood."

Federal authorities said the Hutaree wanted to kill an officer, attack the funeral, cause chaos in the countryside and launch a war against the government. But prosecutors this week acknowledged there was no specific plan — an admission that clearly irritated the judge.

"What the government has shown, instead of a concrete agreement and plan to forcibly oppose the authority of the government, is that most — if not all — of these defendants held strong anti-government sentiments," Roberts said in a 28-page decision. "But the court must not guess about what defendants intended to do with their animosity."

A juror, Rickey Randall, 58, said the judge made the right call. He said the jury likely would have cleared the militia members on all but the weapons charges.

"I heard talk, talk, talk, but no action," Randall said. "I was shocked by their effort to bring the defendants to trial. ... Do you think a group that small can go up against the mighty U.S. government?"

In her first remarks since most of the case was gutted, U.S. Attorney Barbara McQuade said she disagreed with the judge but conceded that "reasonable minds can disagree on where legal lines are drawn."

"The court's order dismissing the more serious charges in this case was disappointing, but it does not shake our commitment to dismantling groups who would harm our citizens and law enforcement officers, and these efforts will continue," McQuade said in a statement.

David Stone said the outcome of the trial likely will stir anxieties about the government among other militias.

"Now they know their paranoia is true," he said, referring to the FBI's tactics.

David Stone's wife, Tina Stone, was among the militia members cleared of all charges. She told The Associated Press that her husband's Hutaree days are over, although she said the group was never the violent threat that the government had claimed.

"They couldn't overthrow F-Troop," Tina Stone said, referring to a 1960s TV satire about soldiers in the Old West after the Civil War.