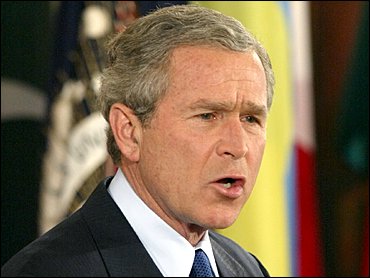 When asked whom they would trust as commander in chief, people in military service and their families chose President Bush over Sen. John Kerry, a decorated Vietnam veteran, by almost a 3-to-1 margin.

Mr. Bush, who served in the Texas Air National Guard, was more trusted by 69 percent while 24 percent said they trusted Kerry more, according to the National Annenberg Election Survey released Friday.

Among all Americans, Mr. Bush has a narrower advantage on trust to be commander in chief, 50-41.

Those in the military and their families have a more favorable view of Mr. Bush than Americans generally, and they take a more optimistic view about Iraq, the economy and the nation's direction.

The Annenberg poll, which does not report head-to-head preferences, did not ask the military respondents whom they support for president. The report cited a 1948 law that prohibits polling members of the military about their voting intent.