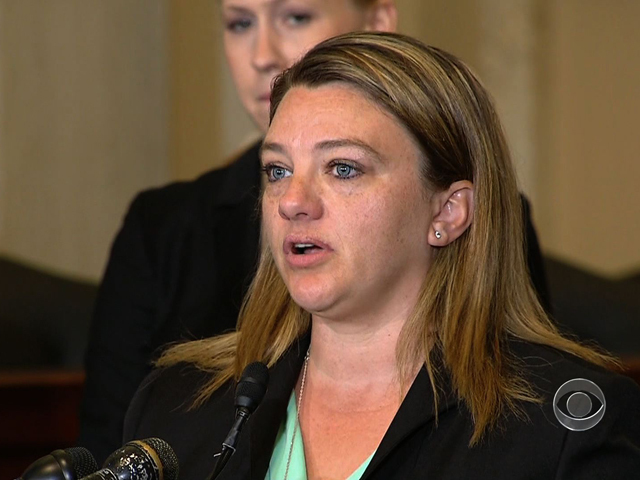 (CBS News) WASHINGTON - After a flood of sexual abuse cases in the military, President Obama summoned the nation's military leadership to the White House Thursday. Before the meeting, Gen. Ray Odierno, the army chief of staff, admitted all efforts to stop the abuse have failed.

In a classic Washington photo op, the commander-in-chief called in the top uniformed and civilian leaders of the military to order a crack down on sexual assault.

"We will not stop until we've seen this scourge from what is the greatest military in the world eliminated," said Obama.

The Pentagon delegation included only one female, which perhaps explains why women feel the military just doesn't get it.

Last week, Air Force Chief of Staff Gen. Mark Welsh seemed to equate sexual assault with the indiscretions of youth. "Some of this is the hook-up mentality of junior high and high school students now," he said.

However, former Air Force Sgt. Jennifer Norris, a rape victim, said, "Blaming a civilian hook-up culture for the epidemic does nothing but contribute to victim blaming, excusing perpetrators, and it belittles the serious nature of these crimes."

She said the system is rigged against low-ranking service members. "Commanders who are responsible for the resolution of these cases are far too often biased in favor of the often higher-ranking perpetrators," she said.

Norris spoke at a press conference at which Sen. Kirsten Gillibrand and other members of Congress pushed legislation that would allow victims to bypass their commanders.

"If you're ever going to change the culture, you're going to need to see cases that are actually investigated, brought to trial, and convictions," said Gillibrand.

As far as how to make that happen, the senator said, "Allow them to report directly to a military lawyer, a trained prosecutor, someone who understands sexual assault, and is the one who will do the investigation and then decide whether or not to bring it to trial."

It's no longer about raising awareness of sexual assault in the military. Now it's about lowering the boom.