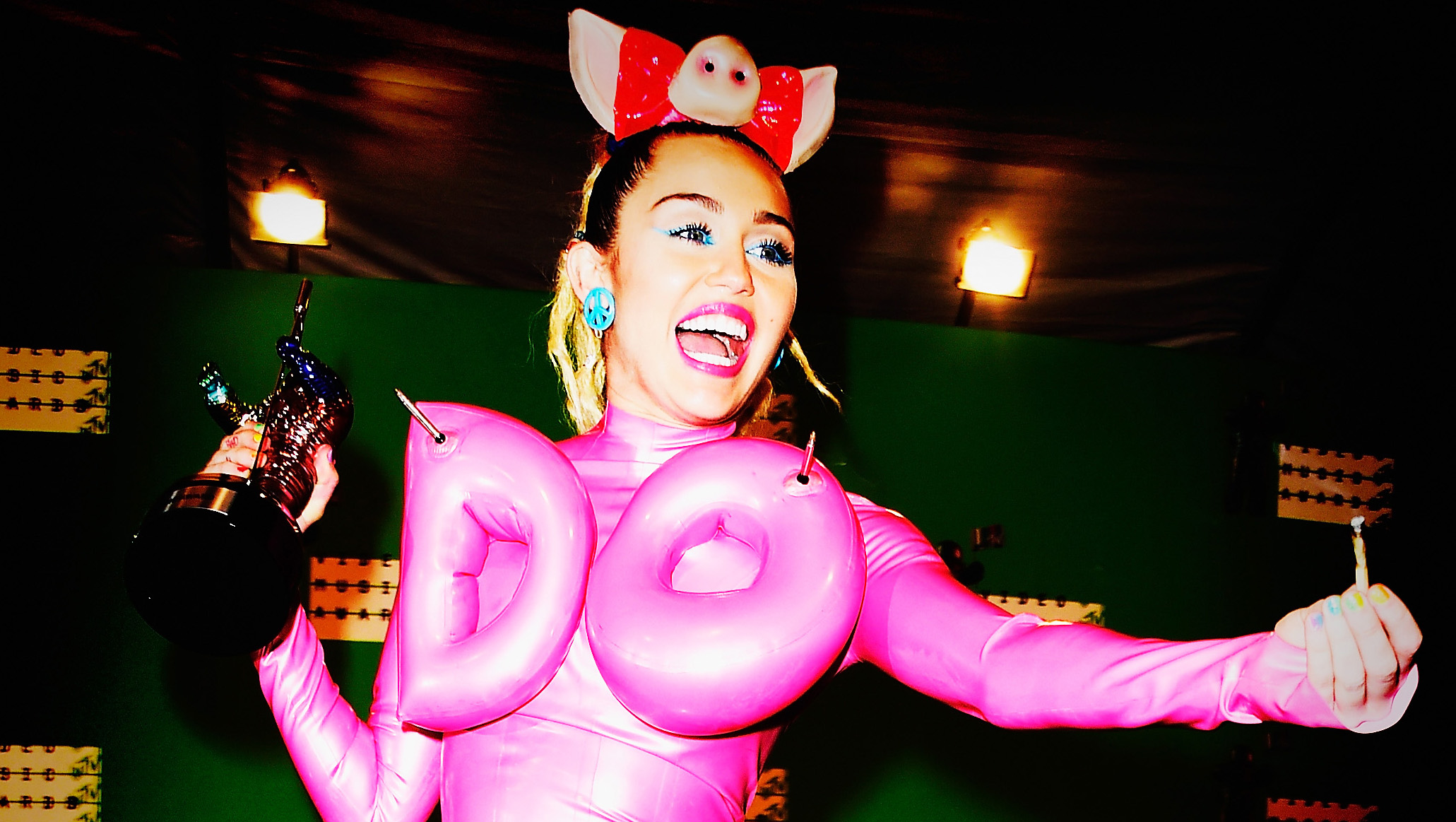 Miley Cyrus is under fire from "Fuller House" fans for using Instagram to make fun of one of the show's stars, Jodie Sweetin. How rude.

The "Wrecking Ball" singer posted a pair of side-by-side images of Sweetin from several years ago, straddling an unidentified, tattooed man, along with the caption "Current Mood #fullerhouse."

In the photos, the unidentified man's face has been obscured by cut-outs of what appear to be the face of her "Fuller House" co-star Dave Coulier.

Sweetin, who starred on "Full House" as a child and was a contestant on "Dancing with the Stars" before joining the Netflix series, chronicled her battles with substance abuse and road to sobriety in her memoir, "UnSweetined."

It's unclear what Cyrus trying to suggest with the post, but fans of Sweetin quickly took offense to it. "You shouldn't really rehash Jodie's past, she has moved on by this and has cleaned up her life," one user commented. "Please focus on your own life."

Sweetin, for her part, decided to turn the other cheek, telling E! News, "I don't pay attention to negative stuff. I have so much good stuff going on in my life right now that I try not to pay attention."