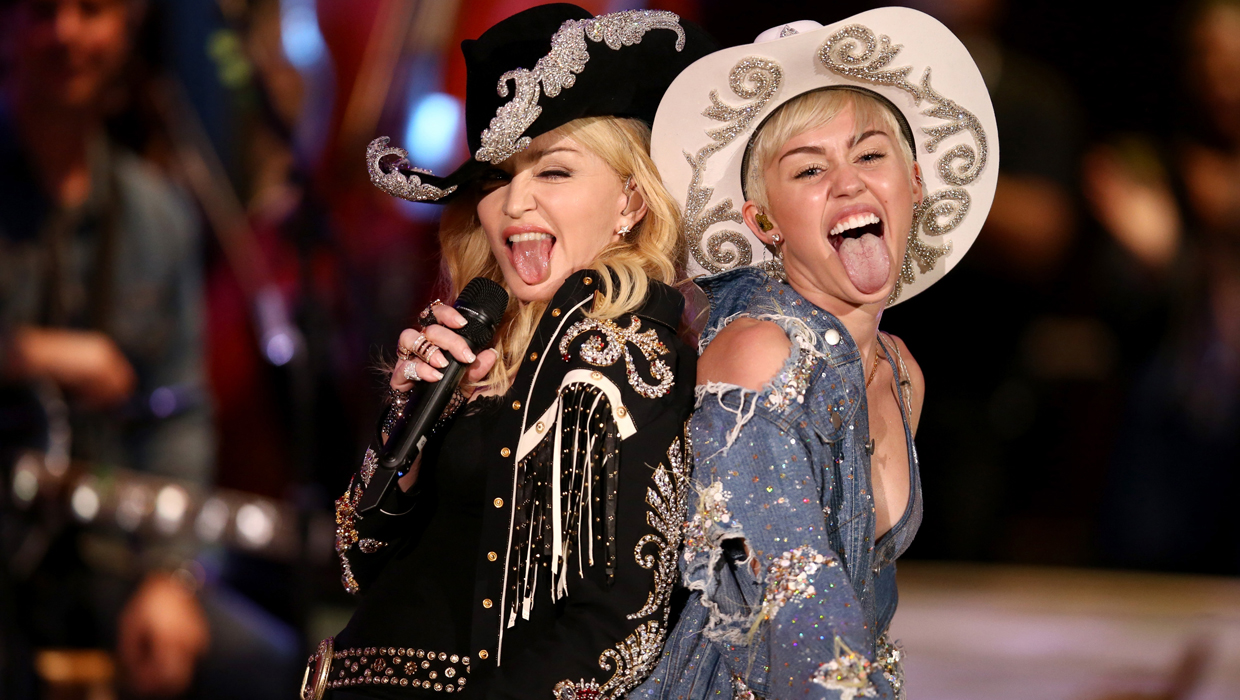 Miley Cyrus is joining forces with Madonna for MTV.

The 21-year-old pop star and the 55-year-old Queen of Pop grinded and grabbed each other as they performed Cyrus' hit "We Can't Stop" and Madonna's 2000 track "Don't Tell Me" on Tuesday during a taping in Hollywood. The "MTV Unplugged" special that closes with the duet is set to air Wednesday.

Cyrus is the star of the show. She performs a selection of songs from her latest album, "Bangerz," including "Wrecking Ball," her new single, "Adore You," and the live debut of "Drive." Though her whittled stomach and occasional crotch-grabs compete for attention, Cyrus' voice takes center stage in the hourlong acoustic show.

The "Unplugged" concert airs Wednesday at 9 p.m. ET on MTV.