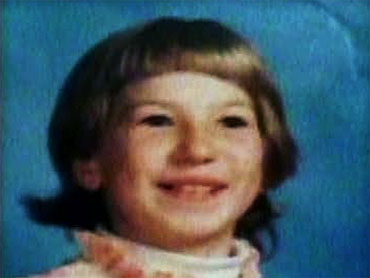 During a week-long trial in Buffalo, jurors heard how Luke Wright and his mother kept the 23-year-old woman, who was described as having the mental capacity of a preteen, hooded and tied to a metal kitchen chair for much of the last two months of her life in their ramshackle North Collins home, outside Buffalo.

The Erie County jury deliberated about four hours before finding the 32-year-old Luke Wright guilty on 10 criminal counts of assault, rape, incest, sodomy, endangering the welfare of an incompetent person and unlawful imprisonment as a hate crime.

Relying on Wright's own statements to police after the mother, Eva Cummings, suffocated her daughter in January 2010, prosecutors described how Wright severely burned his half-sister's face with a pot of boiling water from the stove, scalded her buttocks in a bathtub, regularly raped her and forcibly sodomized her with a broomstick. He would put a hood over her head because he said her staring bothered him.

"The best day of Laura's life was the day she died," co-prosecutor Kristin St. Mary said through tears.

Wright's lawyer had tried to convince jurors that Wright, who cleaned stalls and did odd jobs around town, wasn't criminally responsible, telling them he's been mentally retarded since birth, was brain-damaged from childhood beatings with bricks and baseball bats, and was also a victim of his mother, whom he called "the personification of evil."

Attorney John Nuchereno questioned the reliability of Wright's statements to police, suggesting he confessed to things he didn't do without fully understanding his legal situation. Wright's IQ of 52 puts him in the range of mild mental disability. Average IQ scores range from 85 to 115.

But Finnerty said Wright's upbringing was not an excuse and said jailhouse recordings of phone calls proved he fully understood that what he had done was wrong.

"A lot of people have been dealt a lousy hand, but people are not captive to their histories," Finnerty said. "It was his choices, his actions that made Laura Cummings a tortured prisoner in her own home."

Prosecutors will recommend life in prison for Wright when he is sentenced May 24.

The victim's mother, Eva Cummings, pleaded guilty in October to second-degree murder and is serving a sentence of more than 50 years to life in prison.