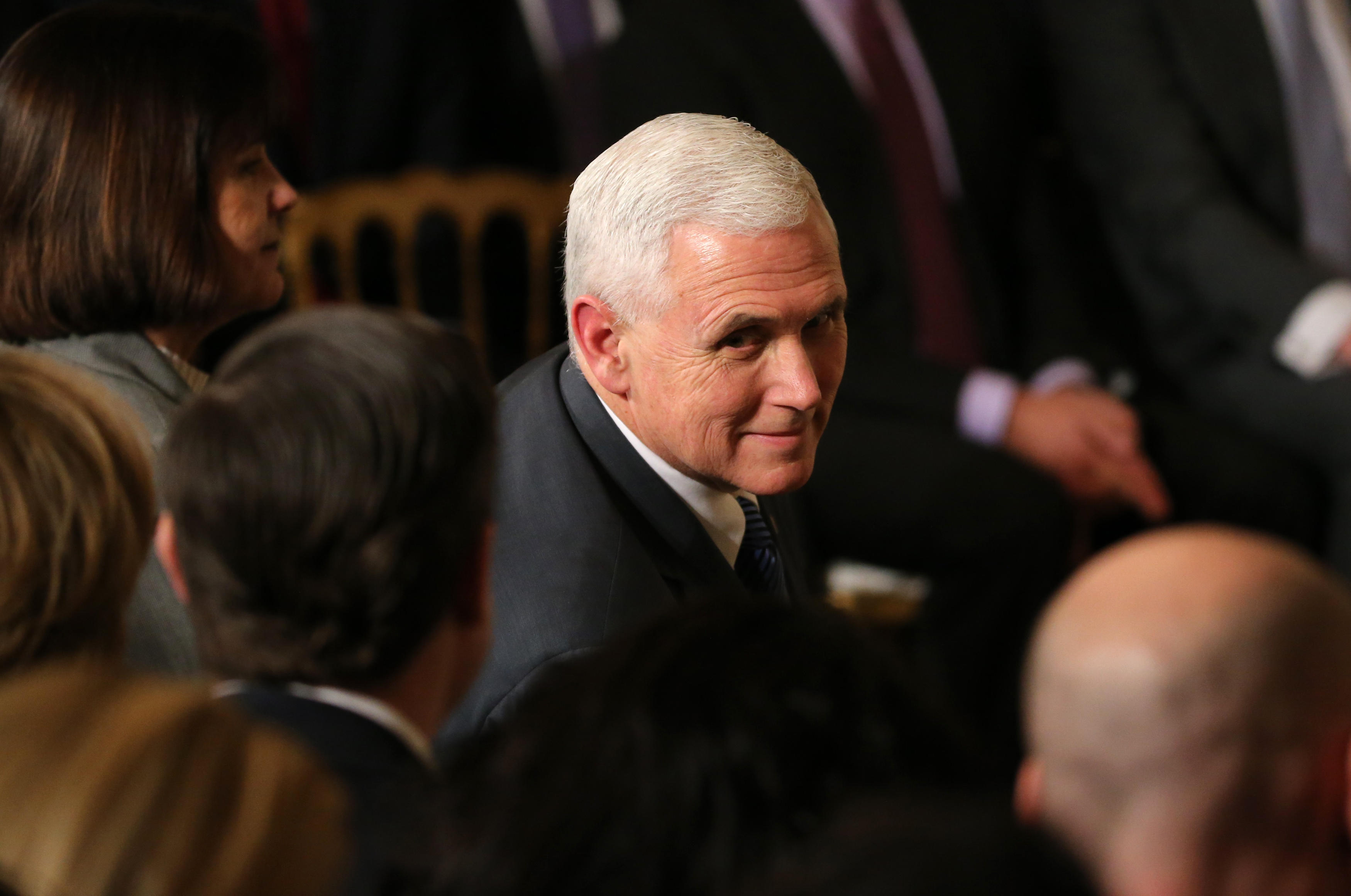 In remarks to the Federalist Society in Philadelphia Saturday, Pence warned that a filibuster of Gorsuch, which would require the Senate to muster a 60-vote threshold to confirm the nominee, would be “unwise.”

“Several [senators] announced their opposition within minutes of his nomination and now they’re even threatening to use the filibuster procedure in the Senate to stop him,” Pence told the conservative audience members. “Make no mistake about it: This would be an unwise and unprecedented act.”

“Never before in the history of our country has an associate justice nominee to the Supreme Court faced a successful filibuster,” the vice president continued. “And Judge Neil M. Gorsuch should not be the first.”

The president has also hinted at the possibility of choosing the “nuclear” option when it comes to Gorsuch’s nomination.

In remarks to the press earlier this week, Mr. Trump encouraged Senate Majority Leader Mitch McConnell, R-Kentucky, to “go nuclear” if there’s gridlock in the upper chamber over his nominee. Deploying the “nuclear” option would change Senate rules allowing Gorsuch’s confirmation vote to proceed on a simple majority vote instead of the usual 60 -- a risky precedent to set for political parties in the future.

In his Federalist Society remarks, Pence touted bipartisan cooperation in meeting with Gorsuch, a Denver-based 10th U.S. Circuit Court of Appeals judge who identifies as a constitutional “originalist” in the mold of the late Antonin Scalia.

“In just a few short days, he’s already met with 12 senators in both political parties,” Pence said. “And he’s making himself available to meet with all 100 members of the Senate if they’ll meet with him.”

“With each action testing the Constitution, and each personal attack on a judge, President Trump raises the bar even higher for Judge Gorsuch’s nomination to serve on the Supreme Court,” Schumer said, alluding to Mr. Trump’s Twitter smear of a federal judge who handed down a temporary stay of his executive order, which bars refugees and citizens from seven predominantly Muslim nations from entering the U.S. “His ability to be an independent check will be front and center throughout the confirmation process.”

As demonstrations around the nation continued to protest the ban, Pence highlighted his own family’s immigrant past at the Federalist Society, praising the “courage” of his grandfather for crossing the Atlantic Ocean from Ireland to the U.S.

“My grandfather came to this country from a little town in Ireland called Tubbercurry,” Pence recounted. “He got on a boat, he crossed the Atlantic and he went through Ellis Island. Took a train to Chicago, Illinois, where he drove a bus for 40 years. He was the proudest man I ever knew.”

His immigrant grandfather, Pence said, had the right idea about the U.S.

“He was right about America, where anybody can be anybody because of the system of liberty that we have enshrined in the Constitution, in the founding documents of this nation,” he said.