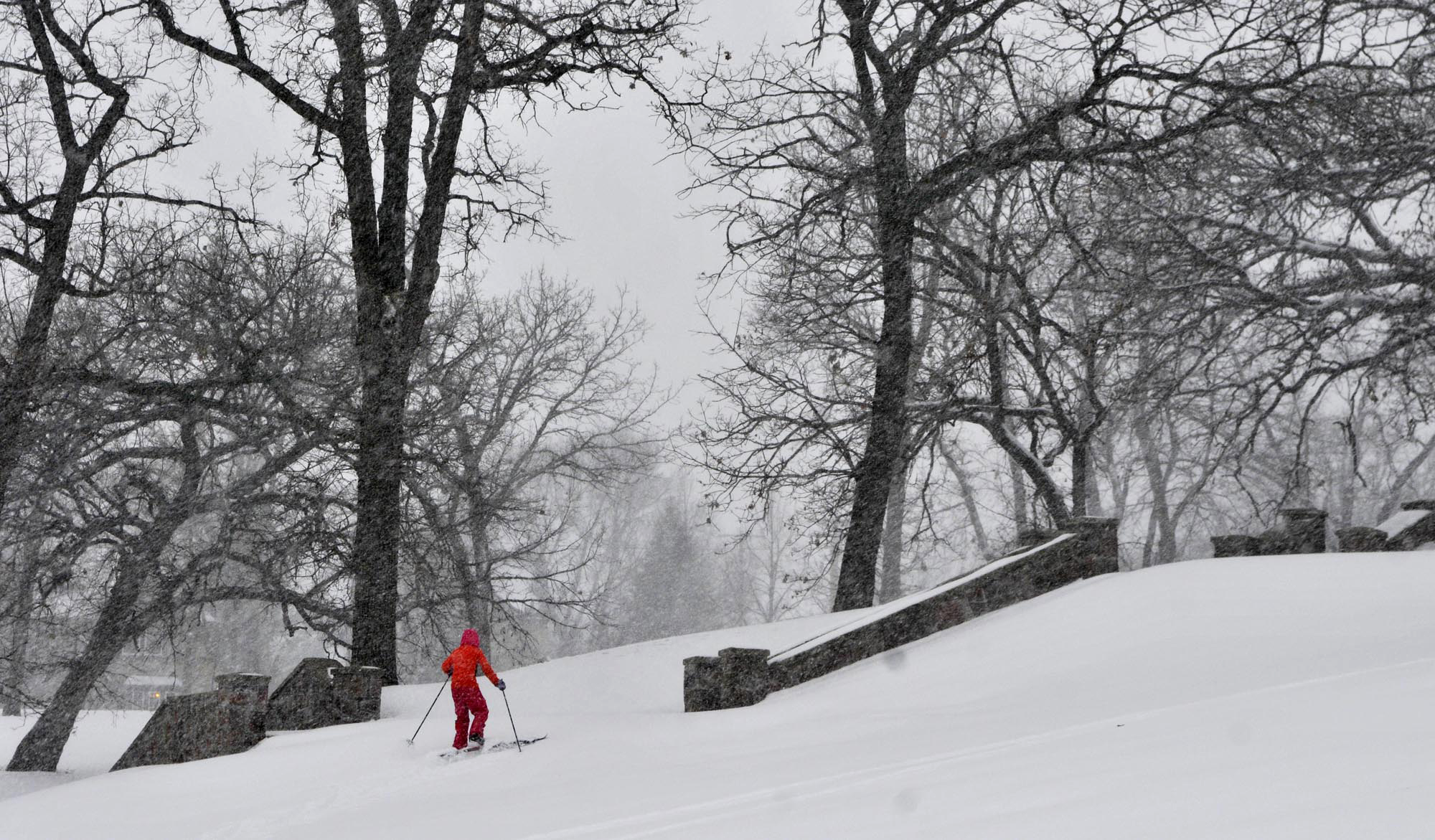 A blast of wintry weather blew into parts of the Rockies and upper Midwest Monday, dropping heavy snow across portions of nine states, along with plunging temperatures, affecting millions of people in its path.

The frigid air was pushed in by a powerful storm that hit Alaska with hurricane-force winds over the weekend, and threatened to bury several states in snow and send temperatures as much as 40 degrees below average, reports CBS News Minneapolis affiliate WCCO's Nina Moini.

Digging out from a major snow storm isn't what you expect with winter well over a month away, but instead of rakes, people across the upper-Midwest are using shovels after a monster early season storm dumped snow from Montana and the Dakota's to Michigan's Upper Peninsula.

The big concern is the temperatures, which dipped overnight into the low 20s, causing roads to freeze. Crews were working around the clock to get the surfaces ready for Tuesday morning's commute.

"It's a little scary always the first time, people are re-learning how to drive on snow," Minneapolis resident Jon-Michael Vincent said. "I like the snow, but the driving part I could do without."

In Minnesota alone, state patrol units responded to 475 weather related crashes. Vehicles littered the sides of roadways, with more than 700 accidents reported --- including a pile-up in Duluth.

Headaches weren't only being felt on the roadways. At Minneapolis St. Paul International Airport, over 450 flights were cancelled or delayed.

"I did not expect this much snow, not at all," White Bear Lake resident Jesse Schwartz said. "Only in Minnesota right?"

But not everyone is complaining. Many kids had the day off school in Minnesota, enjoying the season's first significant snowfall.

For now, temperatures should stay in a range around the 20s, allowing the salt to melt the icy roads, but more snow is expected to fall.

Precipitation will continue through Tuesday and parts of Wednesday for the Great Lakes Region, reports CBS News Chicago affiliate WBBM's Megan Glaros. Snowfall totals will reach an excess of 18 inches for certain areas of Wisconsin and the Upper Peninsula of Lake Michigan. Wind will also be a factor, creating blowing snow as the arctic air moves in.

Another issue is affecting the Northern Rockies. The wind chill factor could lead temperatures to drop to minus 10 to minus 35. As the cold air invasion continues, few places will be spared the brunt of the cold --generally the South West and South Florida.

Meet the mom-son duo behind a bow tie empire