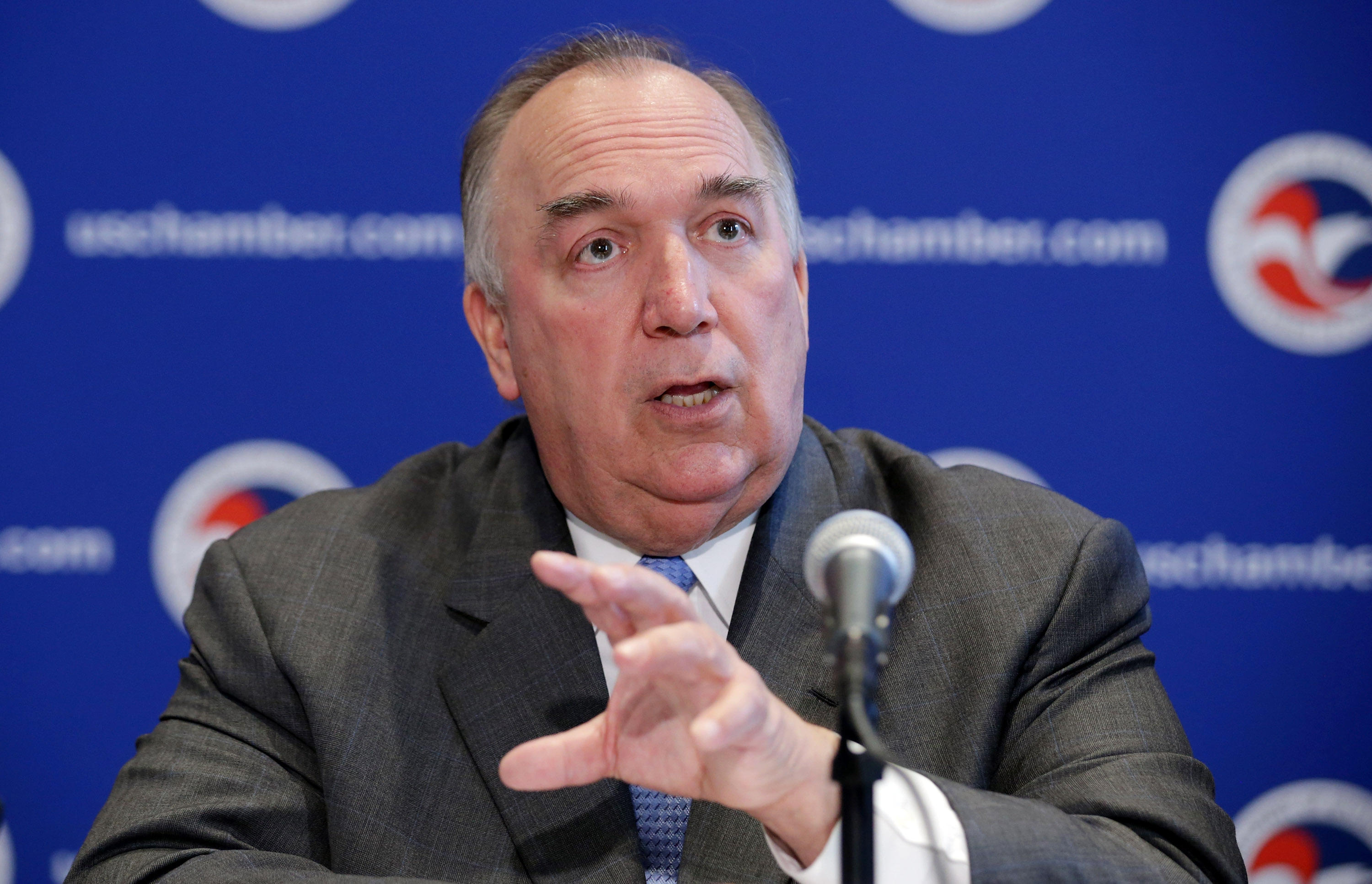 EAST LANSING, Mich. -- Michigan State University's interim president criticized lawyers who represent Larry Nassar's assault victims, according to emails. John Engler also suggested that the first woman to go public with her accusations was probably getting a "kickback" from her attorney.

Engler's remarks were made to another university official in April, a month before Michigan State agreed to a $500 million settlement with hundreds of women and girls who said they were sexually assaulted by Nassar, a campus sports doctor now serving decades in prison. The Chronicle of Higher Education and Detroit Free Press reported on the emails Wednesday.

Engler, a former Michigan governor, had an email exchange with Carol Viventi, a Michigan State vice president and special counsel. The emails followed allegations at a stormy public meeting that Engler was trying to pay off a woman without her lawyer's input.

"The survivors now are being manipulated by trial lawyers who in the end will each get millions of dollars more than any of individual survivors with the exception of Denhollander who is likely to get kickback from Manley for her role in the trial lawyer manipulation," Engler said, misspelling attorney John Manly's name.

Engler was referring to Rachael Denhollander, of Louisville, Kentucky, who identified herself as a victim to the Indianapolis Star in 2016. She has repeatedly criticized Michigan State's response to the Nassar scandal.

Engler "can't conceive that I would do what I've done because it's right, not because I'm getting something from it. I truly pity him. What a sad way to live," Denhollander said in response.

Brian Mosallam, a member of the Michigan State governing board, suggested that Engler should move on. Engler was hired by trustees after Lou Anna Simon suddenly resigned in January.

"Rachael Denhollander is an inspiration for her courage and bravery to speak up and the example of leadership that Engler should follow rather than criticize out of jealousy and spite," Mosallam said.

Dianne Byrum, another member of the governing board, issued a statement saying the emails were "completely unacceptable and tone deaf" and Engler should publicly apologize for them.