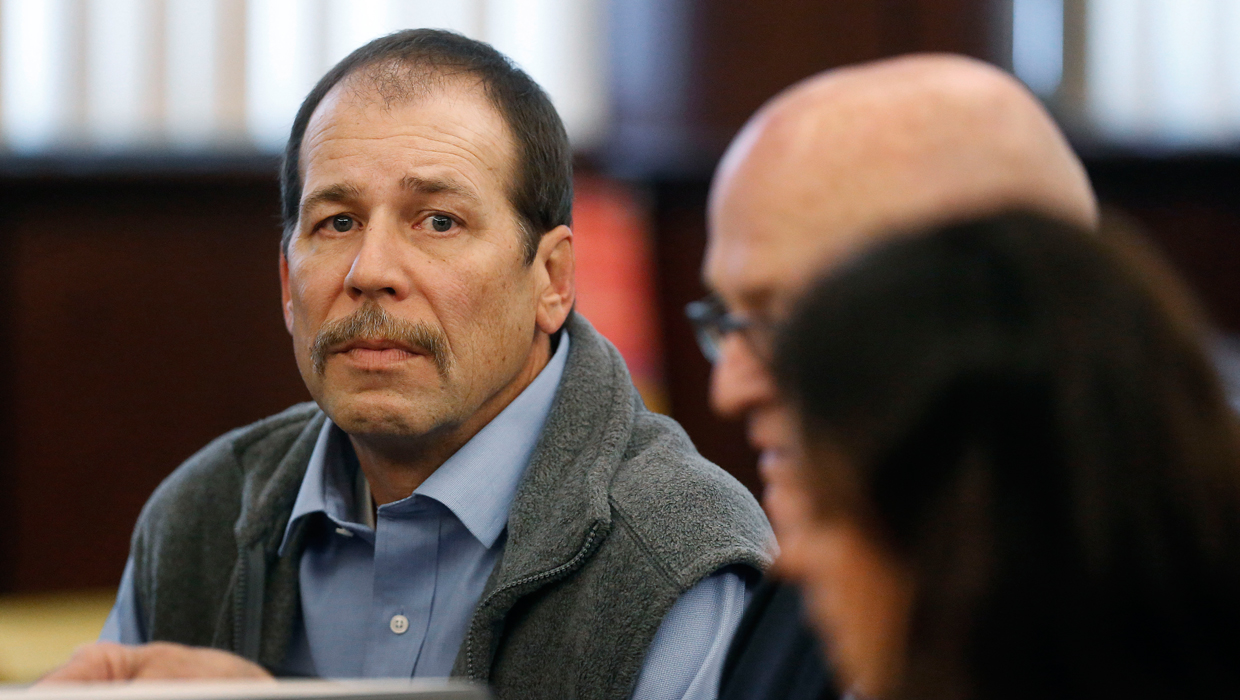 DETROIT - A Detroit-area man on trial for killing an unarmed woman who showed up drunk on his porch told jurors Monday that he refused to be a victim in his own home.

Theodore Wafer took the witness stand on the seventh day of testimony in his trial on second-degree murder charges in the Nov. 2 shooting death of 19-year-old Renisha McBride.

He told jurors that he was afraid when the teen showed up on his porch before dawn that morning but said he "wasn't going to cower" in his Dearborn Heights house.

Wafer said he followed loud banging noises from his front door to his side door and back to the front again before he fetched his shotgun. He said he opened the front door slightly, saw the screen door was damaged and opened it further. Wafer said he saw someone quickly come from the side of his house and that he then raised the gun and fired.

Earlier Monday, Wafer testified that the gun he shot McBride with was a form of home security he could afford.

Wafer's lawyer, Cheryl Carpenter, asked if he had a security system installed at his home. He said no.

"I think everybody would like to have a security system in their house," he said. "I couldn't afford it."

Wafer said he bought the 12-gauge shotgun used in the killing about six years ago.

"I just thought it was time I had some kind of security I could afford," he said softly and methodically.

"My front door and screen door are usually always locked," said Wafer, adding that the same goes for his back door. He said he uses the side door most often to get in and out and that the screen door on the side of his house is usually not locked.

Wafer, 55, says he shot McBride in self-defense after she showed up on his porch at around 4:30 a.m. Earlier in the trial, prosecutors played a recording of Wafer telling an officer that he didn't know the gun was loaded.

Prosecutors say Wafer didn't need to use deadly force against McBride and that he could have remained in his home with the front door locked and called 911 instead of shooting her.

To acquit Wafer, the jury would have to find that he shot McBride because he had a reasonable and honest fear for his life.

Earlier Monday, a firearms expert testified for the defense that Wafer and McBride were both apparently standing close to his screen door when he shot her through it, killing her.

"My opinion is she was very close to the door ... within a foot," Balash told the Wayne County Circuit Court jury at the outset of the seventh day of testimony in the trial.

About 3 1/2 hours before Wafer killed her, McBride crashed her car into a parked vehicle on a Detroit street about half a mile way.

Wafer and McBride didn't know each other.

Dr. Werner Spitz, a former medical examiner, testified last week that a laceration on McBride's hand shows she may have injured it while pounding on Wafer's door. But the doctor who performed the autopsy found nothing remarkable about her hand.

Civil rights activists immediately seized on race after the November shooting - Wafer is white and McBride was black - and some likened it to the 2012 killing of Florida teenager Trayvon Martin. But race faded as an issue in the case and wasn't mentioned as a factor during court hearings that preceded the trial.