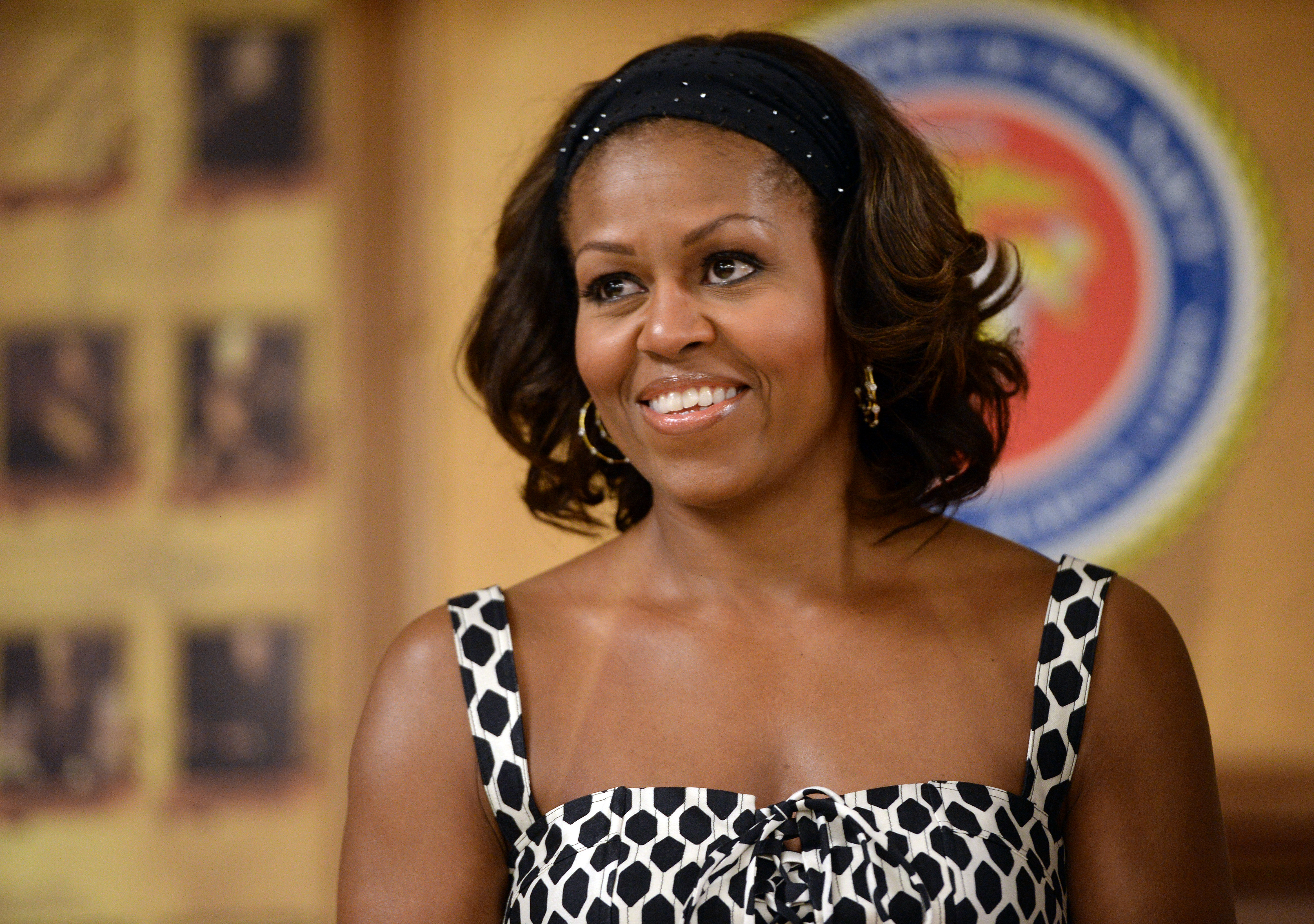 WASHINGTON -- Michelle Obama, who turns 50 later this week, isn't ruling out using plastic surgery or Botox in the future.

"Women should have the freedom to do whatever they need to do to feel good about themselves," the first lady told People magazine in an interview hitting newsstands Friday, her birthday. "Right now, I don't imagine that I would go that route, but I've also learned to never say never."

Her message to women is to be healthy. Mrs. Obama says she has never missed a health checkup, including mammograms and Pap smears. She's also had a colonoscopy.

"I don't obsess about what I eat, but I do make sure that I'm eating vegetables and fruit," added Mrs. Obama. "And as everyone knows, I do exercise." Her "Let's Move" campaign to reduce childhood obesity rates through the combination of exercise and healthier eating enters its fifth year next month.

Her workouts have also evolved from weight-bearing and cardio exercises to include things like yoga that she says will help keep her flexible.

Asked whether she has peaked at 50, Mrs. Obama joked that being first lady is "pretty high up." She said she's always felt that her life is "ever-evolving" and she doesn't have the right to "just sit on my talents or blessings."

"I've got to keep figuring out ways to have an impact, whether as a mother or as a professional or as a mentor to other kids," the first lady said, noting that daughter Malia, now 15, will be in college when she and President Barack Obama leave the White House in January 2017. Daughter Sasha, 12, won't be far behind.

"At that point in life, whoa, the sky is the limit," Mrs. Obama said.

Despite her nonchalance about her upcoming milestone, Mrs. Obama noted that some things can still make her feel older. "Well, there are those times when your staff tell you they were born the year you were graduating from college. It’s like, really? Really? That hurts,” she said, laughing. “But I don’t feel that much differently than I did when I was younger.”

President Obama told People that he's "always in awe" of his wife as she approaches her 50th birthday.

"Michelle is actually more beautiful now than when I met her," he said. "And I think she’s wiser."

Mr. Obama is planning a big birthday dance party for his wife at the White House on Saturday night. Aides are keeping a tight lid on details to maintain the element of surprise for Mrs. Obama. Guests have been told to come prepared to dance and to eat before they come.

"There's one thing I can tell you for sure ... people will move," Valerie Jarrett, a senior White House adviser who is close to the Obamas, told The Associated Press.

Jarrett wouldn't comment on reports that Beyonce, who also is close to the Obama family, will sing at the first lady's party. Beyonce serenaded the Obamas as they danced at one of the balls for the president's first inauguration in 2009. Last year, she lip-synced to a pre-recorded voice track of the national anthem at Obama's second swearing-in ceremony at the Capitol.