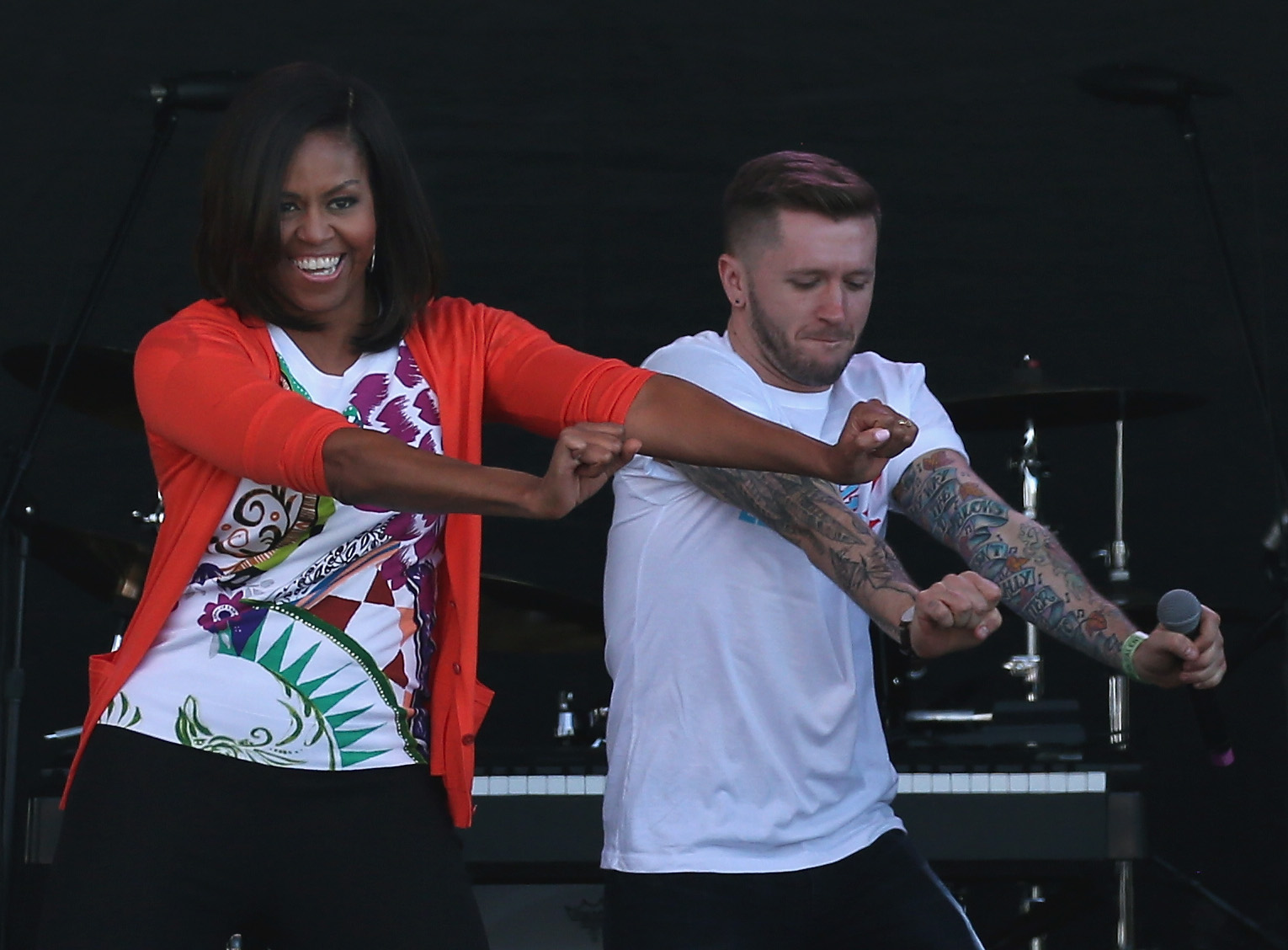 First Lady Michelle Obama showed off her dance moves at the annual White House Easter Egg Roll, breaking it down to the hit song "Uptown Funk" with cast members from the show "So You Think You Can Dance."

Obama is no stranger to public dancing to help promote the initiative: Last month she performed the dance on "The Ellen DeGeneres Show", though she had to stop when her mic's battery pack fell off.

The hip thrusting, along with other moves, was on display during the dance at the Easter Egg Roll as well.