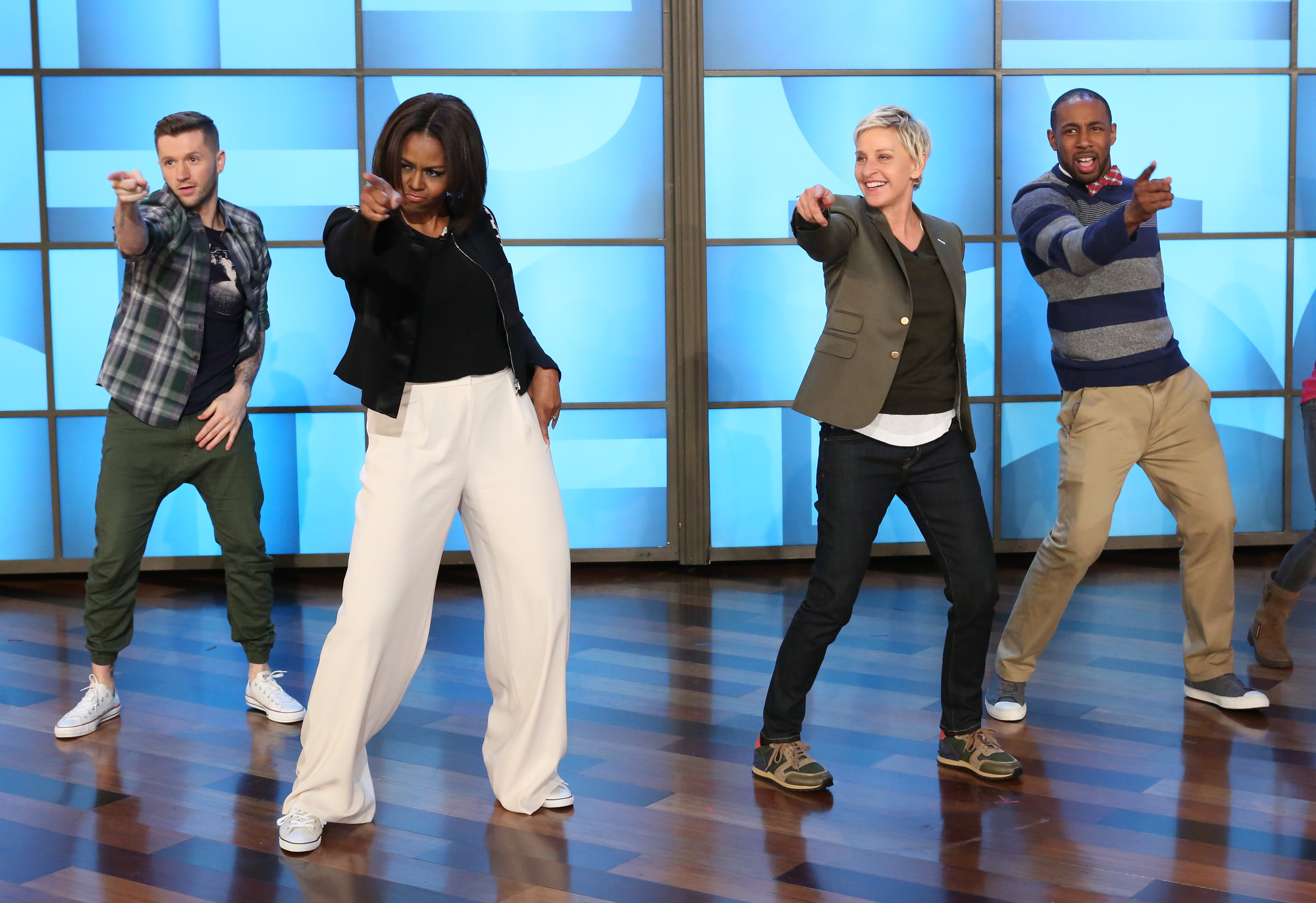 Michelle Obama shows off her funky dance moves in an upcoming segment set to air Monday on "The Ellen DeGeneres Show."

On Friday, producers released a fun preview clip, which finds the first lady taking on a not-so-simple routine with DeGeneres and dancers from the "So You Think You Can Dance" All Stars. They all get down to "Uptown Funk" by Mark Ronson and Bruno Mars -- and it's definitely worth a viewing.

At one point near the start of the dance Mrs. Obama stops everything when her mic's battery pack falls off.

The first lady didn't appear on DeGeneres' show just to dance. She paid a visit to the set to talk about the fifth anniversary of her anti-childhood obesity initiative.

Mrs. Obama previously displayed her push-up skills on the show.