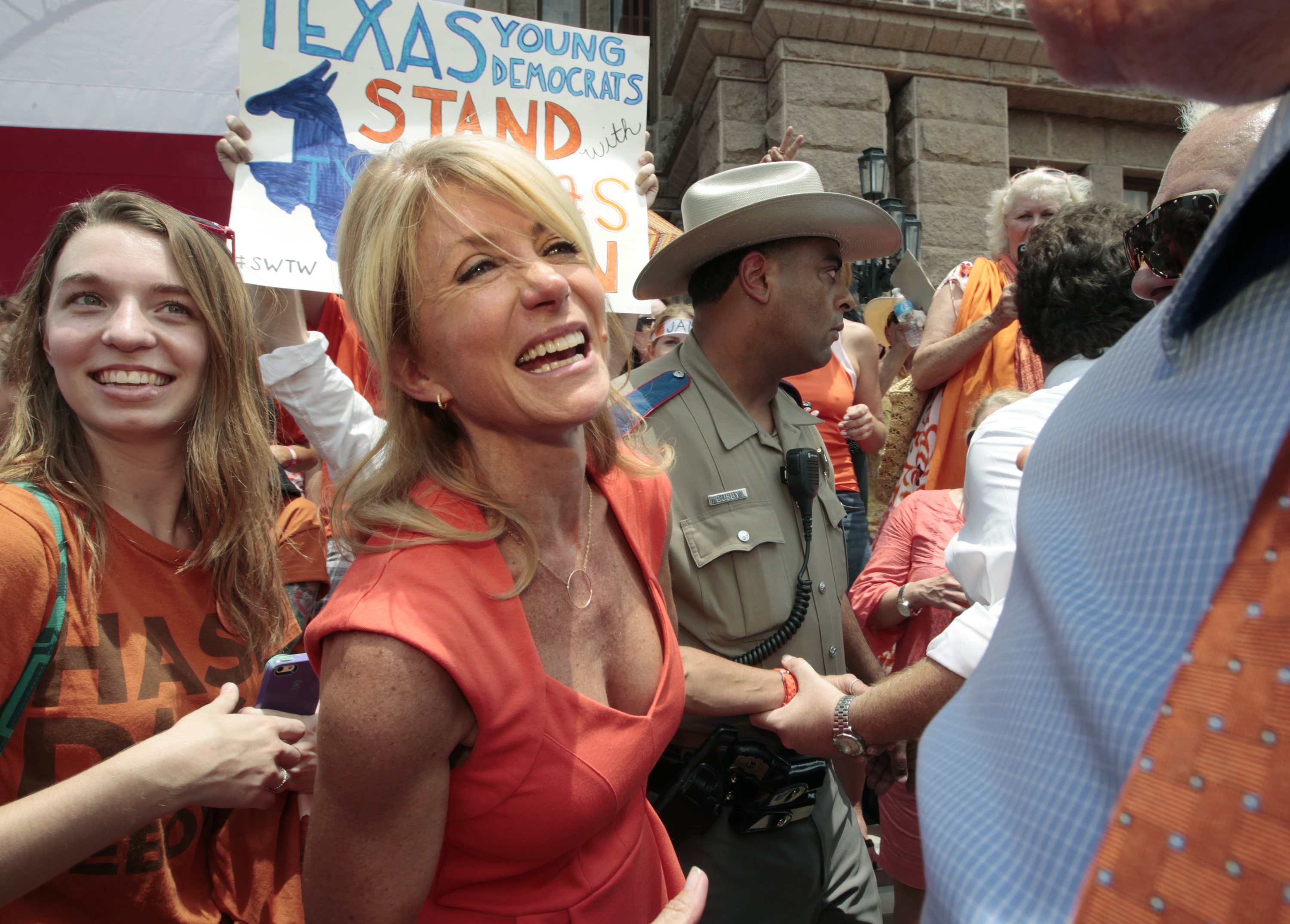 "For Wendy, education is a top priority because she wants to give all our kids a chance to build a better life for themselves and for their families," Obama says in the ad, which launched Wednesday. "That's what the American dream is all about. And Wendy knows something about the American Dream."

The first lady notes that Davis was the daughter of a single mother and was a young, single mother herself. The Texas Democrat continued her education, graduating from college and Harvard Law School. Davis came under some scrutiny earlier this year for muddling the details of her biography.

Davis, a state senator, gained national notoriety last year with her 13-hour filibuster last year against a controversial abortion bill in the state legislature. She managed to turn her moment in the spotlight into a fundraising boon, but the governor's mansion is still an uphill climb for her: Texas last elected a Democrat to statewide office in 1994.

Her opponent, Texas Attorney General Greg Abbott, has held a solid lead against Davis all year.