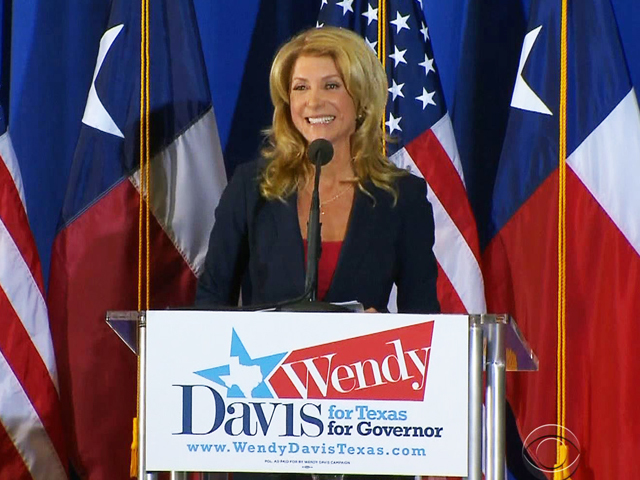 Wendy Davis, who gained nationwide fame for her filibuster of abortion restrictions in the state Senate last year, has a powerful rags-to-riches story she employs on the campaign trail as she runs to be the next governor of Texas.

But it turns out the “rags” portion of the story isn’t a cut-and-dried affair and the vagueness may have been amplified by Davis and her staff. In an interview with the Dallas Morning News, Davis admitted that she could have offered fuller details when discussing her biography.

“My language should be tighter,” she said. “I’m learning about using broader, looser language. I need to be more focused on the detail.”

The story in the media has been this: Davis started work as a teenager, and that at the age of 19, she was a divorced, single mother who moved into a trailer park with her daughter. After seeing a community college pamphlet at the pediatrician’s office where she worked, pursued an education through scholarships that led her to Harvard Law School.

Truth is, the Dallas Morning News reports, she was divorced at 21, not 19 – though she separated from her first husband, Frank Underwood, “some time between 19 and 20” – and she only briefly lived in a mobile home for a few months before living with her mother and then moving into an apartment with her daughter, Amber. She did receive scholarships that helped her through community college and her first year at Texas Christian University, but by then she had married Jeff Davis, a family friend she met at her father’s Fort Worth Dinner theater. Jeff Davis paid for her last two years at TCU, and then took money out of his 401(k) account and a loan to pay for her time at Harvard.

Wendy Davis told the Dallas Morning News that the money was “community resources. We paid for it together.”

His final payment on the loan coincided with their separation in November 2003; the two divorced in 2005. Jeff Davis got custody of both Amber, Wendy’s child from her previous marriage and their daughter together, Dru.

“I was a vibrant part of contributing to our family finances from the time I graduated to the time we separated in 2003,” she said. “The idea that suddenly there was this instantaneous departure after Jeff had partnered so beautifully with me in putting me through school is just absurd.”