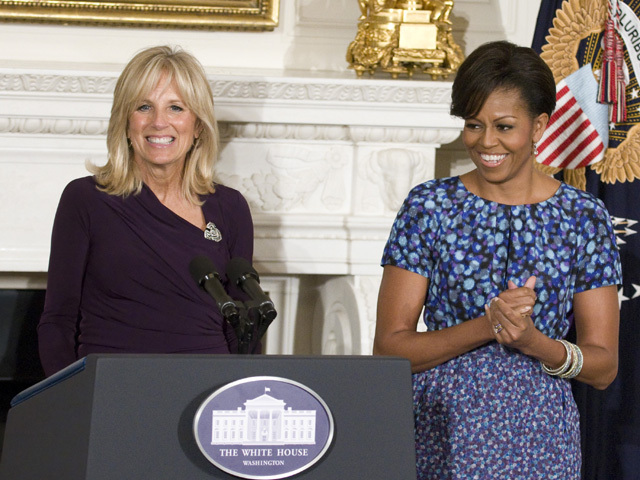 They will be appearing live on the weekday talk show to discuss their upcoming campaign for national support of military families. Both women have advocated for service members and their families since their husbands have been in office.

The campaign, "Joining Forces," aims to enlighten the public about the service that members of the military and their families do for the country, especially during a time when fewer people are enlisting in the armed forces. The First Lady's office released a statement saying the initiative will "ensure military families have the support they have earned."

Mrs. Obama has been a guest on "The View" before, but it is Mrs. Biden's first appearance.