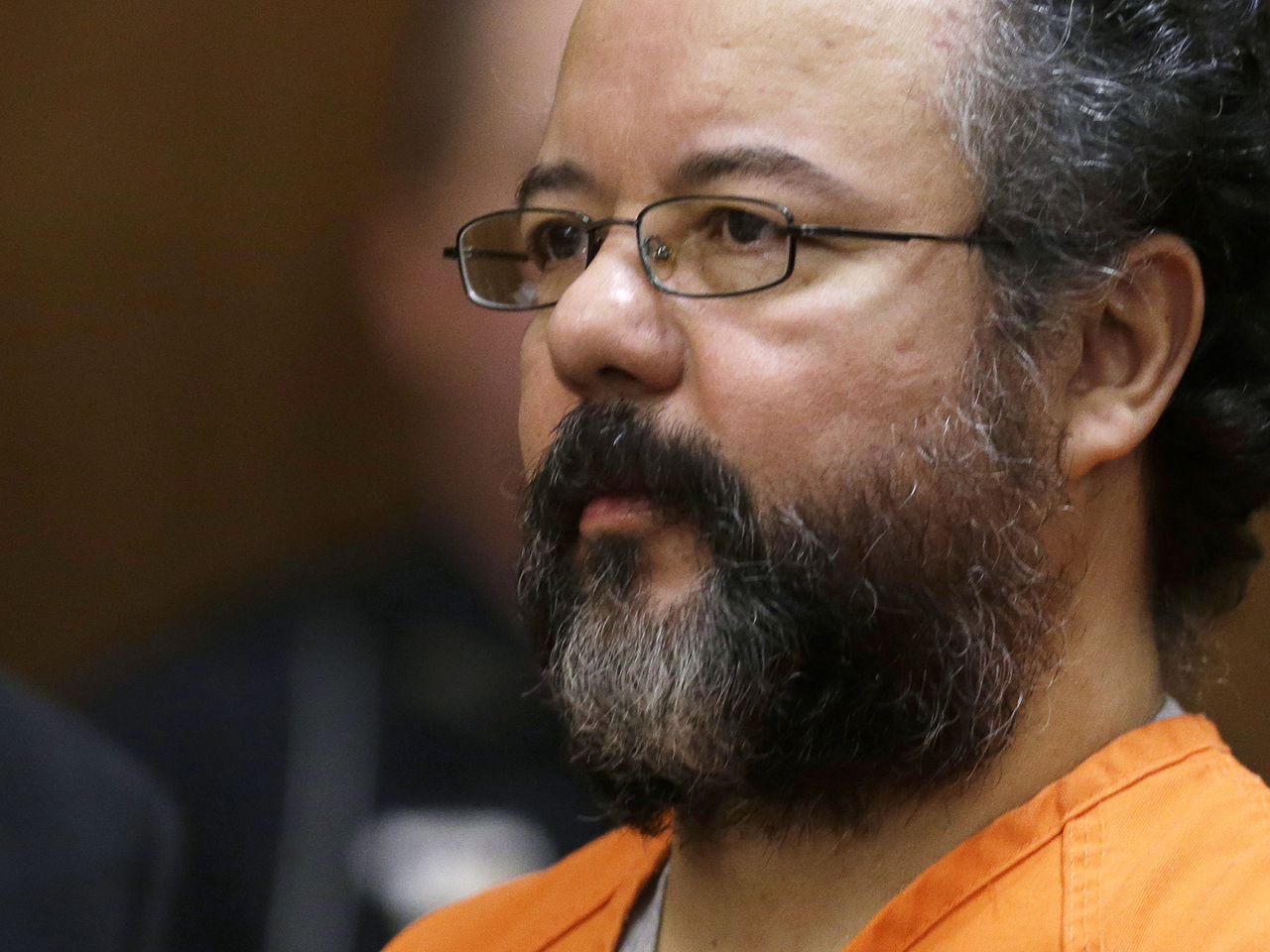 CLEVELAND Three months after an Ohio woman kicked out part of a door to end nearly a decade of captivity, a former school bus driver who kidnapped three women and subjected them to years of sexual and physical abuse was sentenced Thursday to life in prison plus 1,000 years.

"These people are trying to paint me as a monster," Ariel Castro said in court before his sentence was imposed. "I'm not a monster. I'm sick."

Judge Michael Russo told Castro that the conditions in his house where he kept the women captive "could never be tolerated in any Ohio prison." Russo denounced Castro for the crimes he committed against the women, two of whom were abducted when they were teenagers.

"You took advantage of their naivety and the fact that they were pleasant individuals that could not fathom this type of behavior," Russo said.

Earlier, one of Castro's victims, Michelle Knight, faced him in court and said, "You took 11 years of my life away, and now I've got it back."

"I will overcome all this that happened, but you will face hell for eternity," Knight said.

Castro tried to explain what led him to hold the women captive for years.

Prosecutors detailed Castro's daily assaults on the women, recounted in diaries that compared the women's experience to that of prisoners of war. They also showed a model of the house in which Castro held the women captive.

A police officer who helped rescue the women said one was reluctant to come out of her room even when she saw the officers. They were scared even after they were taken out of the house and quickly began sharing details about the horrors they went through, saying that they had been starved and beaten.

"They were just shouting out a lot of things," said Cleveland police officer Barb Johnson. She described the women as thin, pale and scared.

Responding to questions from prosecutors, Cleveland police detective Andrew Harasimchuk said that the women all described a pattern of being physically, sexually and emotionally assaulted for years. He said all three women were abducted after Castro offered them a ride and that each was chained in his basement and sexually assaulted within a few hours of being kidnapped.

Cuyahoga County prosecutor Tim McGinty said in a sentencing memorandum filed Wednesday that Castro, who chained his captives and fed them only one meal a day, "admits his disgusting and inhuman conduct" but "remains remorseless for his actions."

Burke also testified that Castro would occasionally pay his victims after raping them. But he then would require them to pay him if they wanted something special from the store.

Cuyahoga County Sheriff's Detective Dave Jacobs testified that in an interview Castro said: "I knew what I did was wrong."

The memorandum says many of the specific charges in Castro's indictment reflect conduct documented by one of the women in her diary.

"The entries speak of forced sexual conduct, of being locked in a dark room, of anticipating the next session of abuse, of the dreams of someday escaping and being reunited with family, of being chained to a wall, of being held like a prisoner of war ... of being treated like an animal," it says.

The sentencing could take up to four hours, court officials said, with Castro, his attorneys, his victims and prosecutors getting a chance to speak. The legal team representing the women's interests declined to comment on whether they would testify or send statements to the court.

In the court filing, McGinty said Castro, 53, chained his captives by their ankles, fed them only one meal a day and provided plastic toilets in their bedrooms that were infrequently emptied, the filing said. At one point, he locked all of them in a vehicle in his garage for three days while he had a visitor, according to McGinty's filing.

The women quickly escaped after Amanda Berry kicked out the door panel on May 6 and Castro was arrested within hours. The women disappeared separately between 2002 and 2004, when they were 14, 16 and 20 years old.

Other horrific details of the women's ordeal had already emerged, including tales of being chained to poles in the basement or a bedroom heater or inside a van, with one woman forced to wear a motorcycle helmet while chained in the basement and, after she tried to escape, having a vacuum cord wrapped around her neck.

Castro repeatedly starved and beat one of the victims each time she was pregnant, forcing her to miscarry five times.

He forced the same woman on threat of death to safely deliver the child he fathered with another victim on Christmas Day 2006. The same day, prosecutors say, Castro raped the woman who helped deliver his daughter.

Prosecutors will ask the judge to prohibit Castro from ever seeing his daughter, now 6.

As part of his plea deal, Castro received a sentence of life with no chance of parole for aggravated murder in the forced miscarriage. He then received 1,000 years for the kidnapping, rape, assault and other charges.

Berry, 27, made a surprise onstage appearance at a rap concert last weekend, and a second victim, Gina DeJesus, 23, has made a few televised comments. Knight, 32, appeared with Berry and DeJesus in a video in early July thanking the community for its support.

Knight, the first of three to disappear, also sent police a handwritten letter thanking them for their help collecting cards and gifts for the women. In the note, Knight told Second District Cmdr. Keith Sulzer, "Life is tough, but I'm tougher!"