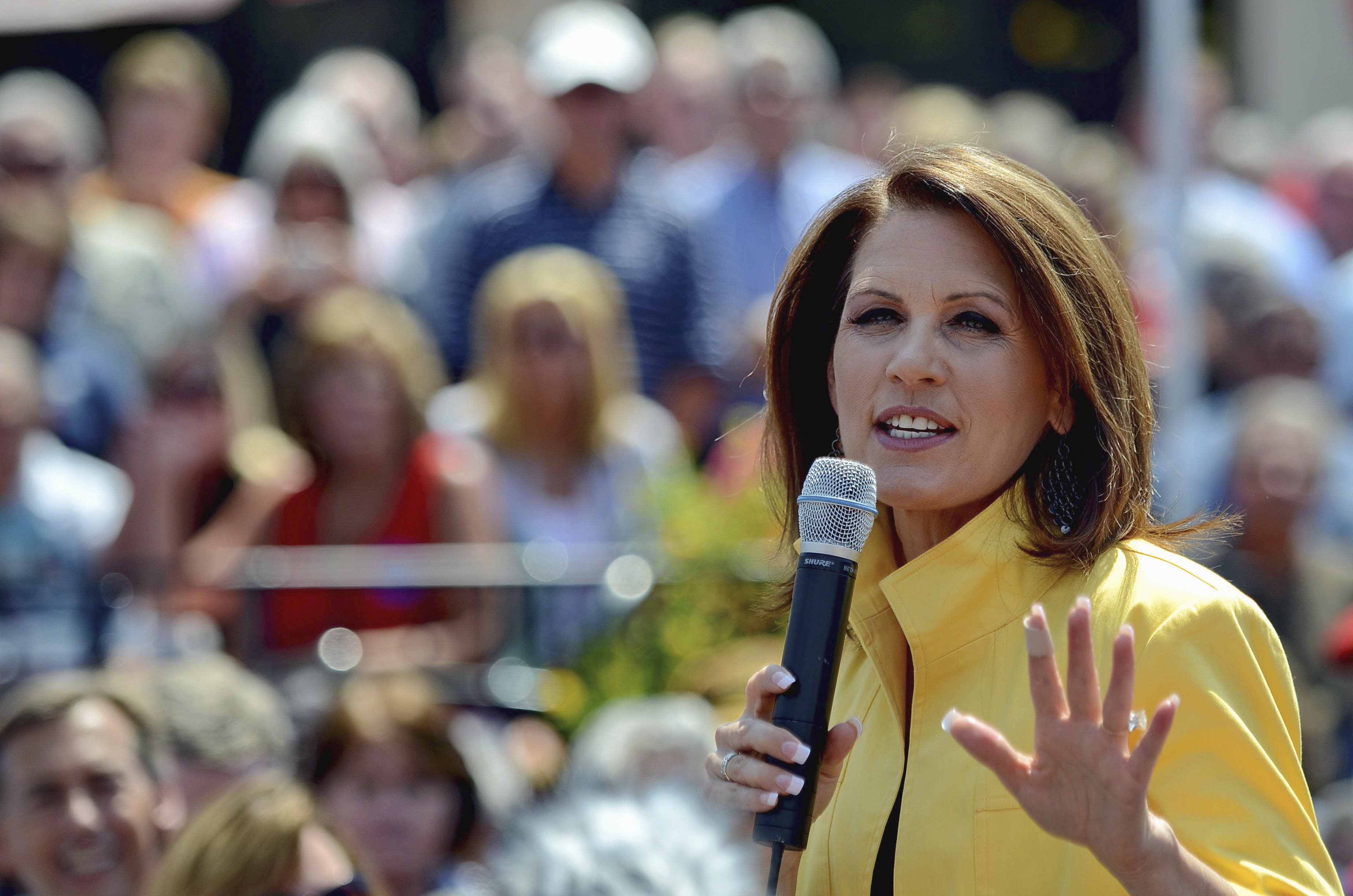 Republican presidential candidate Rep. Michele Bachmann said Thursday that she is the "hombre-ette" to represent voters in Washington.

Appearing in Columbia, South Carolina, Bachmann cast herself as "one little fighter."

"We need one strong hombre or hombre-ette, and I'm the hombre-ette to go and stand for you in Washington DC," Bachmann said. Earlier, when Bachmann referenced that she would be a woman in the White House if elected, a cheer went up from the audience.

Earlier in her remarks, Bachmann called President Obama's comment that he could not guarantee that Social Security checks would have gone out if Congress did not act to raise the debt ceiling "disrespectful." She said he had met people who have cancelled internet and satellite TV service because they were worried they wouldn't get their checks in the wake of the president's statement.

Bachmann, who opposed raising the debt limit, also suggested Mr. Obama used members of the military "for his own political purposes" by not guaranteeing that they would be paid in the event that the debt limit is not raised.

Bachmann said she would have prioritized paying members of the military and paying out Social Security checks if the U.S. exceeded its borrowing authority. Had that happened, the United States would not have been able to pay more than 40 percent of its obligations, a situation that most economists predicted would have caused worldwide economic catastrophe.

Bachmann described herself as "a lone voice in the wilderness of Washington" on the debt limit fight. She complained that while letting members of the military and seniors "fry" with warnings they might not get their expected payment, the administration was "busy calling up big businesses, big big banks behind closed doors" to assure them "they were going to get their check."

Bachmann made the comments at the first of two campaign stops Thursday in South Carolina, a key early voting state.

Campaigning in the state yesterday, Bachmann vowed that as president she would reduce the price of gas, which now averages more than $3.50 nationally. She did not explain how she would do so.

"The day that the president became president gasoline was $1.79 a gallon. Look at what it is today," she said. "Under President Bachmann, you will see gasoline come down below $2 a gallon again. That will happen."