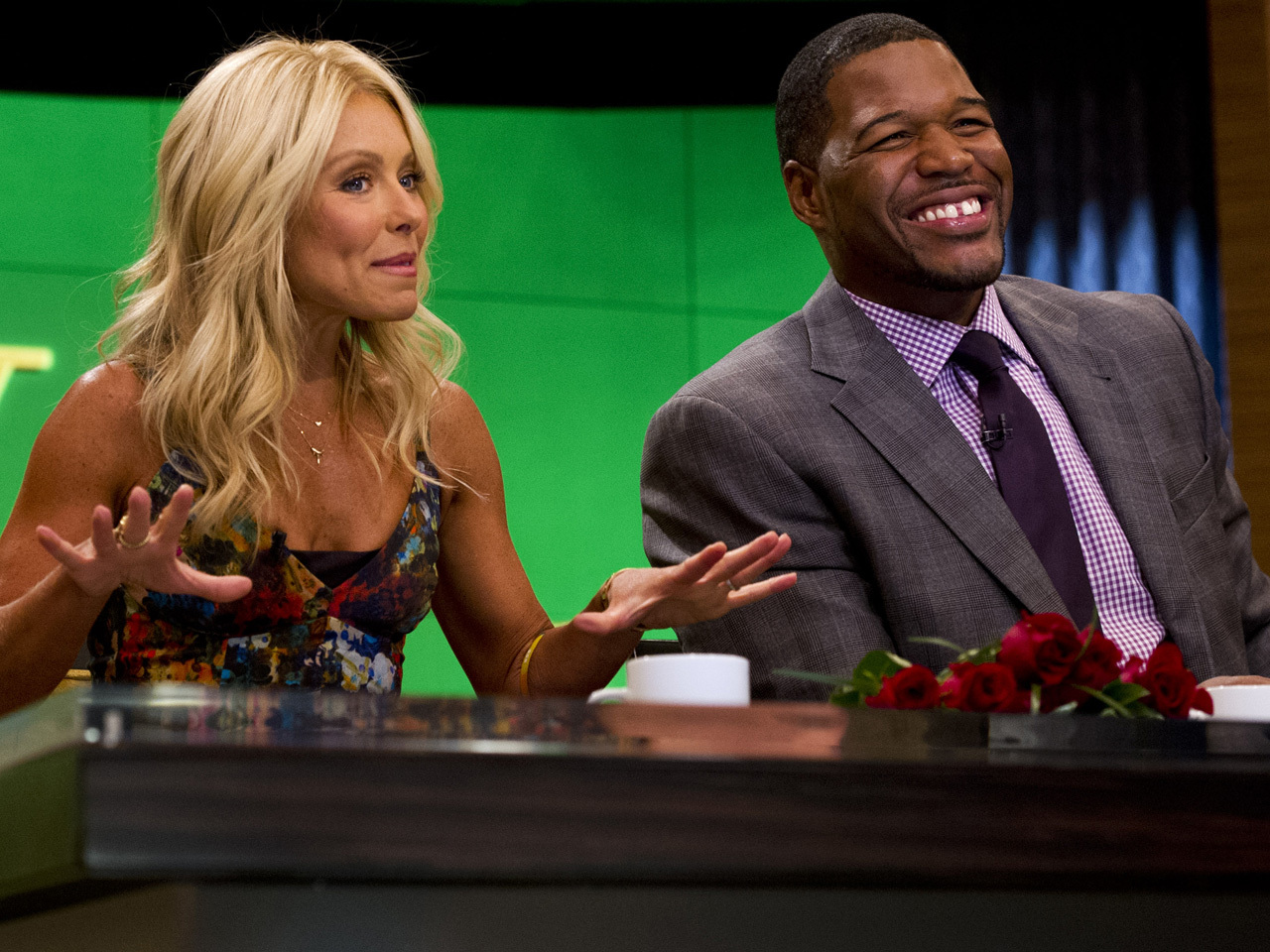 (CBS/AP) Michael Strahan says he is fine discussing his personal life as the new co-host of "Live! With Kelly and Michael," but there are some things he won't make public.

The former professional football player says he won't get married on the show as so many couples have in the past.

In an interview shortly after he was named Kelly Ripa's new co-host Tuesday, Strahan told AP Radio that that his wedding is "too private" to do it on the air. The 40-year-old former New York Giant is engaged to Eddie Murphy's ex, Nicole.

But Strahan does say he'll be glad to talk about the wedding plans as they go along.

Tuesday was his first day as the show's official co-host after Ripa conducted a 9-month search that brought more than 50 guest co-hosts to try out the chair beside her.