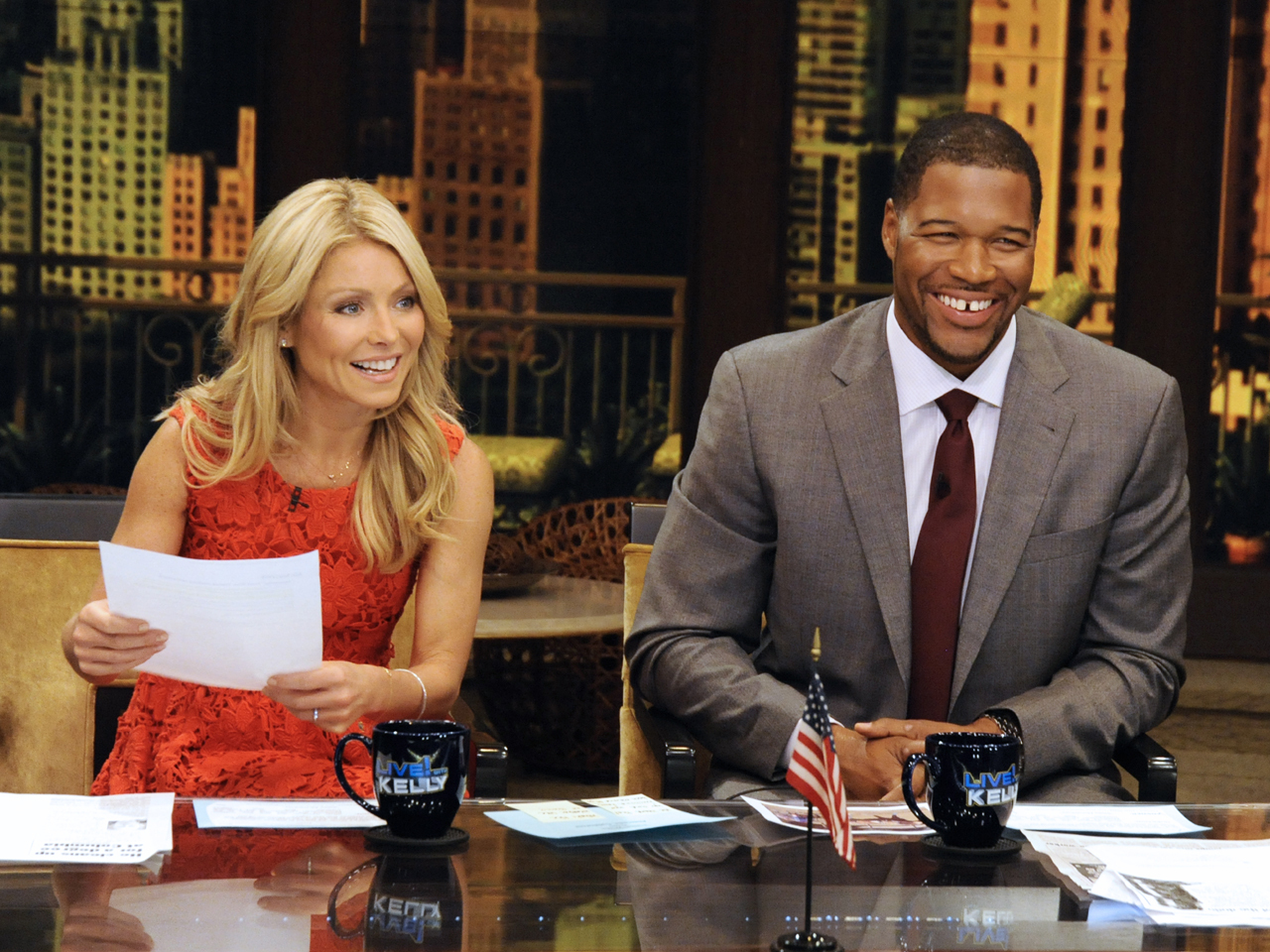 At the start of the show, Ripa said, "Nine months and I'm about to give birth to my new co-host." She later added, "Now it's time for a new era of our show to begin."

There's been a series of co-hosts on "Live! With Kelly" since Regis Philbin retired last November.  Since then, she has welcomed 59 guest co-hosts. Several of them, including Strahan, were under consideration for the permanent job. Many stars have sat in with Ripa over the last year, including Jerry Seinfeld, Seth Meyers, Neil Patrick Harris and Josh Groban.

Strahan, 40, is a former NFL star and currently a host of "Fox NFL Sunday." He joined Ripa and Philbin on the show for the first time back in February 2008.

On Tuesday, Strahan said, "I always appreciated coming on with you guys. I admire him [Philbin], and if it weren't for him, I wouldn't be sitting here."

Tell us: What do you think about Strahan as Ripa's co-host?