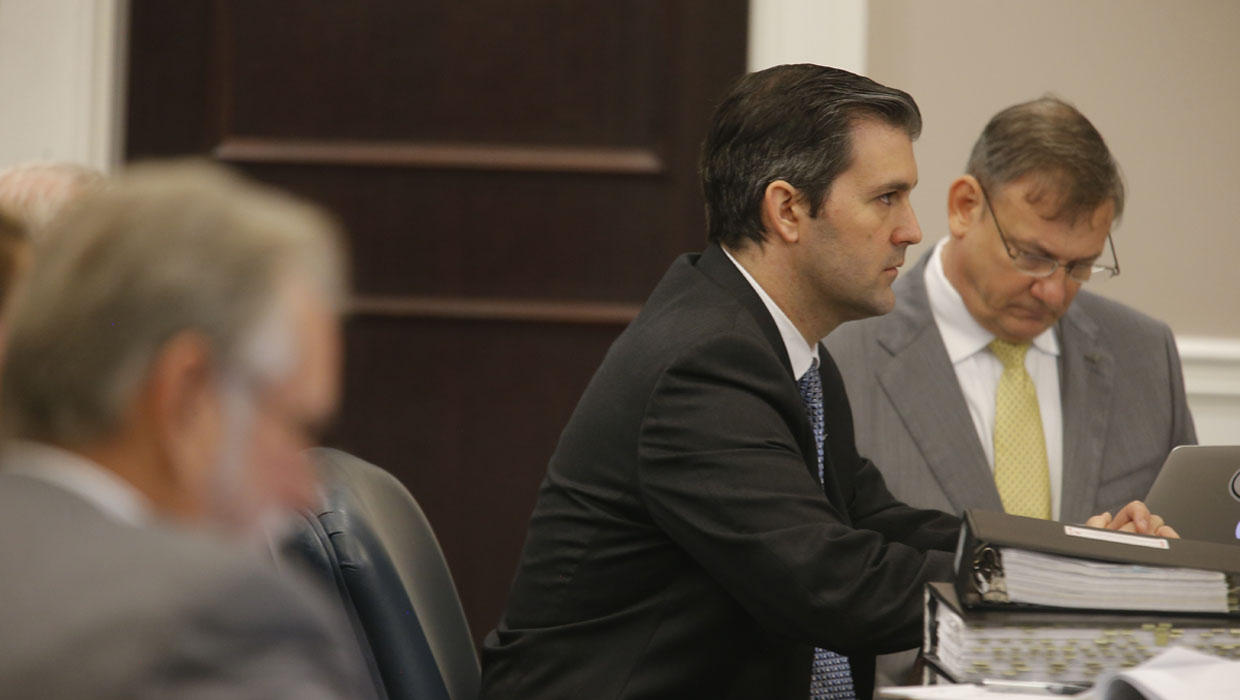 CHARLESTON, S.C. -- A white police officer whose killing of a black motorist running from a traffic stop was recorded on a cellphone video pleaded guilty Tuesday to violating his civil rights, a conviction that could send him to prison for decades.

As part of the plea deal, South Carolina prosecutors are expected to drop the state's murder case against Michael Slager, who was fired from the North Charleston police force when the bystander's video became public.

Slager, 35, could have been imprisoned for life in each case if convicted in the April 2015 death of Walter Scott. He had been scheduled to appear in federal court Tuesday for motions ahead of his federal trial planned for later this month.

The video of Scott's death, viewed millions of times online, begins after Slager caught up with the 50-year-old motorist who ran from a traffic stop. Scott can be seen breaking away after they struggled over the officer's Taser. Slager began firing at Scott's back from 17 feet away. Five of the eight bullets hit him.

Other killings of black men by white officers had raised alarm, but the grainy video captured Scott's death clearly enough for many more people outside African-American communities to accept the complaints fueling the Black Lives Matter movement.

In March, a judge ruled that jurors in Slager's federal trial would be allowed to view the video, over objections by his defense attorneys.

The plea deal in the civil rights case, accepted by a judge Tuesday, makes no mention of race.

The hearing lasted less than 30 minutes and the courtroom was packed with members of Scott's and Slager's family, CBS affiliate WLTX reported via Twitter. Members of Scott's family reportedly wiped away tears as details of the shooting were read in court.

Slager spoke little, except to quietly answer the judge's questions.

Slager has been out on bond for much of the time since the shooting, but now that he's guilty, he was handcuffed by a federal marshal and led from the courtroom as Scott's family looked on.

Civil rights groups have been urging jail time for Slager since he was charged with murder the same day the video surfaced, three days after the shooting.

Slager pulled Scott over on April 4, 2015, because of a broken taillight on the 1990 Mercedes he had just gotten. While Slager sat in his patrol car running his license, Scott bolted. Scott's family has said he may have been worried about going to jail because he was $18,000 behind on child support.

Slager testified at his murder trial last year that he feared for his life because Scott was trying to grab his Taser.

The video shows Slager recovering the Taser and dropping it near Scott's body, prosecutors said, in an attempt to alter crime scene evidence. Slager denied that, testifying that he was following rules to maintain custody of his weapons.

The defense portrayed Slager as a good officer betrayed by a police force that demanded traffic stops over trivial violations to collect fines, yet didn't devote enough resources to back up its officers and keep situations like this one from escalating.

Slager also testified last year that he regrets what happened.

After a hung jury last year, state prosecutors had planned to retry him for murder. The deal drops that charge as well as two remaining federal charges, involving Slager's use of a weapon during a crime of violence and obstruction of justice.

Slager still faces the possibility of life in prison as well as $250,000 in fines, but prosecutors are proposing a sentence based on federal guidelines for a second-degree murder conviction, which recommend more than 20 years.

Slager's defense lawyer, Andy Savage, confirmed the terms of the agreement after they were reported Tuesday by The Associated Press.