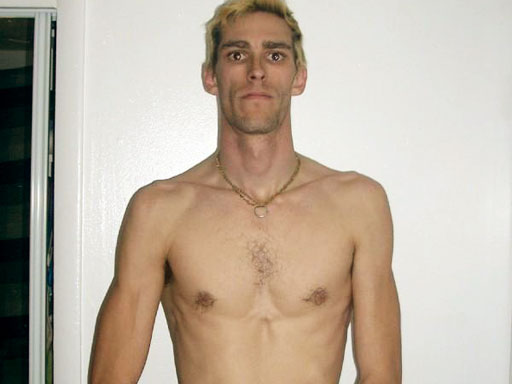 The 30-year-old, known as the "Tree" for his six foot nine frame, was beaten so badly during the fight that he later died from bleeding inside his brain, Aiken County coroner Tim Carlton told CBS News.

"The hospital is only three minutes away," Carlton said. "They did CPR immediately, but he never regained consciousness."

Kirkham collapsed following Saturday night's fight at the USC Aiken Convocation Center and was taken to Aiken Regional Medical Center. Carlton ruled Kirkham's death accidental and said his office was still waiting on a video of the match from the South Carolina Athletic Commission.

Carlton said Kirkham's injuries were internal and he did not have severe external trauma or injury.

Kirkham's tragic end once again shines a light on the health risks that extreme fighters face in the ring - and the difficultly in gauging them.

"The mentality that 'these fighters are gladiators, let them go out on their shields' is really detrimental to the sport," says Dr. Johnny Benjamin, an orthopedic surgeon who has mixed martial arts and boxing clients. "It needs to be seen more in the light of a major sport like the NFL and major league baseball."

Benjamin worries that amateur fighters are moved too quickly into pro fights and are pushed to radically cut their weight before fights. Kirkham had only a handful of fights before his first professional match and was stick figure thin for his basketball height frame.

Still, Benjamin defends the sport. "Between boxing and MMA there are very similar type of injuries," he says. "But MMA is safer because when you get knocked out and down, the fight is over. You don't get 10 seconds to come back up and get hit again."

According to USA Today, Kirkham is only the second mixed martial arts fighter to die from injuries sustained during a sanctioned fight.

The South Carolina Athletic Commission did not return a call by press time.