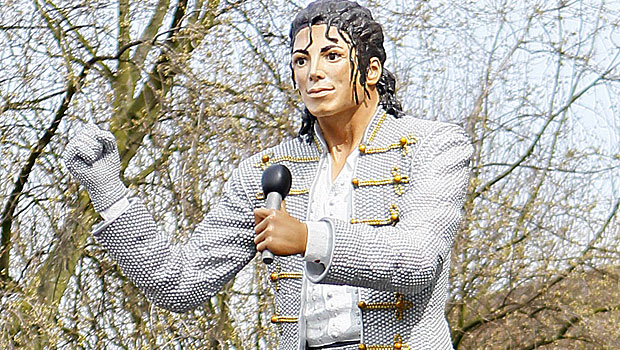 (CBS/AP) LONDON - A Michael Jackson statue was unveiled outside the stadium of English soccer team Fulham on Sunday, with chairman Mohamed Al Fayed telling fans to go and support another club if they don't like the idea.

Al Fayed, who was close friends with Jackson, danced with children after unveiling the statue of the "King of Pop," prior to Fulham's home match with Blackpool at Craven Cottage on Sunday.

The decision to erect the statue outside Craven Cottage has divided opinion but Al Fayed launched a passionate defense of his move to commemorate his friendship with Jackson, who died in 2009.

"Why is it bizarre?" he said. "Football fans love it. If some stupid fans don't understand and appreciate such a gift, they can go to hell."

Chelsea, the defending English champion, is the nearest Premier League team to Fulham, with both clubs located in the south west of London.

"People will queue to come and visit it (the statue) from all over Britain and it is something that I and everybody else should be proud of," Al Fayed said.

The statue had been slated to be erected outside Harrods department store but those plans were shelved when Al Fayed sold the business last year.

The singer attended a Fulham match in 1999.