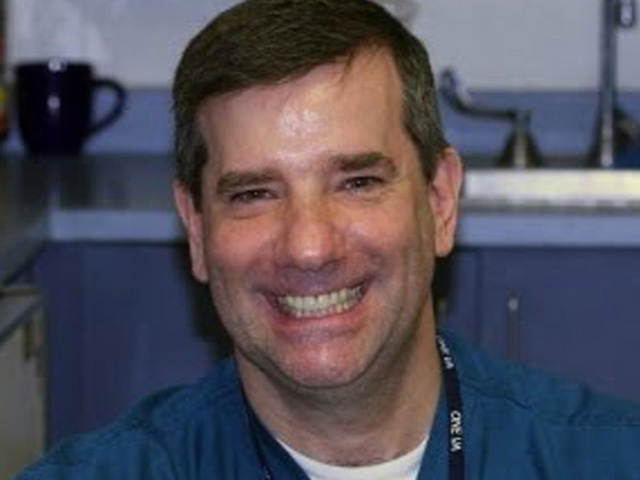 (CBS/AP) PHOENIX - Michael Guzzo was becoming increasingly unhinged for months by the incessant dog barking coming from homes all around him. He even put up fliers on doors throughout his Phoenix townhome complex advising people of pet ordinances and fines.

Police say this weekend the 56-year-old went on a rampage, methodically killing four members of a family who lived next door,along with their two dogs. He then walked across a courtyard and tried to kill more neighbors with dogs, before he returned home and killed himself.

One of the victims, Renee Moore, "told me all the time the man was crazy," said her mother-in-law, Jacque Alderman, 70. "He just couldn't stand the dogs."

Also killed in the Saturday shooting were Moore's father, Bruce Moore, 66; her husband, Michael Moore, 42, who used his wife's last name; and her son, Shannon Moore, 17.

While Guzzo's motive died with him, neighbors and family members of the victims pointed to his growing annoyance with noise from neighborhood dogs.

"He hated them. But everyone here has dogs," said Joni Flood, 27, who lives a few doors down from the victims.

Libni Deleon, 26, said he returned home from work just a few months ago to find Guzzo standing by his back gate, where Deleon's two dogs were on the patio barking.

"He said, 'Your dogs are barking. I'm here to live in peace,'" Deleon recalled.

Moments after Saturday's killings, Guzzo went back to Deleon's home and began kicking on the front door.

Deleon's wife, Vanessa, had just gotten out of the shower. She grabbed their two children and ran upstairs to hide in the bathtub.

Libni Deleon went toward the door as Guzzo blasted two holes through it, sending about 20 shotgun pellets into the walls at the back of their home.

He ran upstairs to get his gun, opened the window and began to yell at Guzzo, who opened fire again before walking back to his own home to kill himself.

The victims' family members, meanwhile, are struggling to come to grips with their loss, dumbfounded by the sheer senselessness of the killings.

Standing amid pools of drying blood on the home's back patio where the two men were apparently shot first, Michael Moore's brother called the killings "angering beyond belief."

"It just angers me looking at all this because I just feel for my brother," said Patrick Riley, 41. "The helplessness."

The patio wall was chipped with pockmarks from the shotgun's blast. Police haven't given specific details of the attack, but Riley said he thinks Guzzo shot his brother over a 6-foot cinderblock fence while he worked on an engine.

"He had no idea what was coming," Riley said. Bruce Moore was killed a few feet away near the patio door to the home.

Riley said police told him Guzzo killed the two men first, then walked through the family's unlocked front door and shot Renee, her son, Shannon, and the dogs.

The killer was no stranger to the family, even though they had little contact with him, Alderman said. Renee Moore had told her repeatedly that Guzzo hated the dogs.

Alderman sobbed Monday as she stood outside the home while other family members gathered on the porch where the two men, including her son, were shot.

"I don't want to see the blood," she said with a heavy sigh.

Phoenix Sgt. Steve Martos said authorities can only speculate on a motive for the killings.

"If he had left a note, maybe," Martos said, "but nothing like that occurred in this case."

Janet Guzzo, Michael Guzzo's ex-wife, told CBS affiliate KPHO that he had cut ties with his family members over 25 years ago after years of mental and physical abuse from his father.

She said shortly after marrying him it became clear to her that he had mental issues and instead of getting help, he drank. "He was isolating, depressed, not talking for five days," she told the station.

She also said she believes anything could have set him off, and that day it was the dogs.