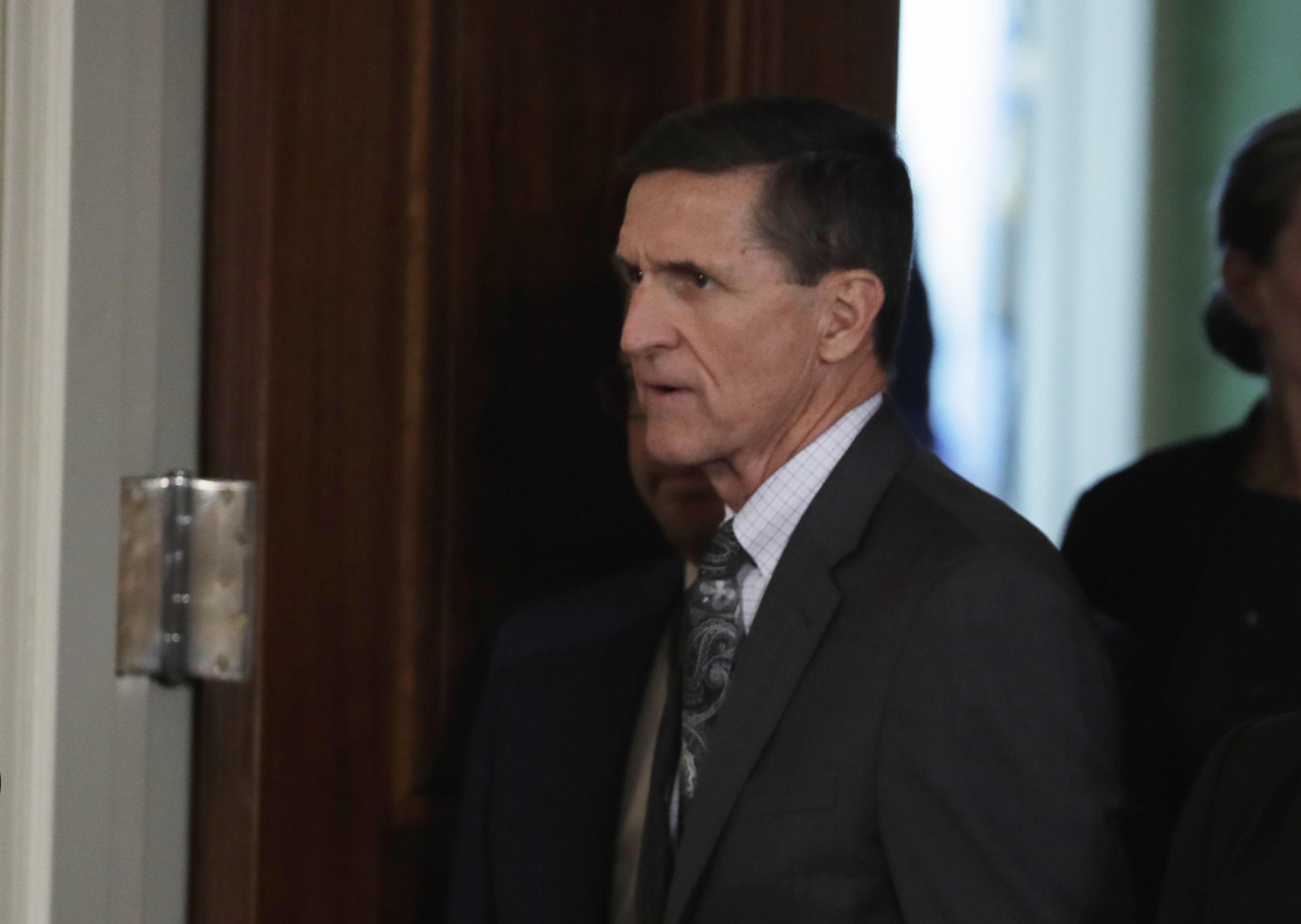 “We want to know by what authority did General Flynn have these conversations (with the Russian envoy),” she demanded.

Rep. Elijah E. Cummings, D-Md, Ranking Member on the House Committee on Oversight and Government Reform, attacked Flynn Tuesday for “secretly communicating with Russian officials at the same time that Russia was attacking our democracy.”

Though Flynn has resigned, Cummings warned at a press conference, “he’s not going to get off that easy,”

“What did the president know and when did he know it?” Cummings also wondered. And he referred to a tweet purportedly from Flynn that said he was a “scapegoat.” That tweet, however, came from what is believed to be a fake Twitter account, the Washington Post reported. Cummings called for public hearings with Flynn “to get to the bottom of this.”

The ranking member of the House Permanent Subcommittee on Intelligence, Rep. Adam Schiff, D-Calif., said in a statement that Flynn had always been “a poor choice” to be national security adviser -- it’s not a job, he wrote, for someone who “plays fast and loose with the truth.”

Schiff went on to urge further investigation into contacts between members of Donald Trump’s  presidential campaign and the Kremlin, and he said that the Trump administration “has yet to be forthcoming about who was aware of Flynn’s conversations with the (Russian) ambassador and whether he was acting on the instructions of the President or any other officials.”

Rep. John Conyers, Jr., D-Mich., the ranking member on the House Judiciary Committee, and Cummings issued a joint statement saying they were “shocked and dismayed” to learn that law enforcement officials had warned White House counsel Don McGahn that Flynn had given false information to the public about his communications with Russian officials, but the White House “apparently did nothing about it -- neither to clarify the truth to the American public or to stop General Flynn from being an ongoing national security concern.”

The two are demanding to know who had authority over Flynn and continued to let him have access to the country’s “most sensitive national security information despite knowing these risks.”

And Conyers and Cummings are also now calling for a full classified briefing by all the relevant agencies -- the Justice Department and the FBI.

Rep. Seth Moulton, of Massachusetts joked that Flynn’s departure could be the first thing the Trump administration has done that “might actually improve our national security.”