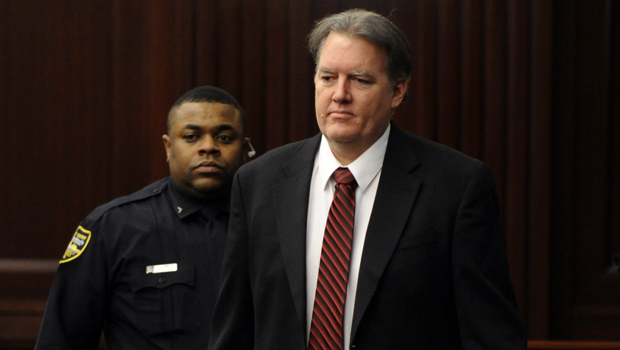 JACKSONVILLE, Fla. -- A judge asked jurors Saturday to try working through their difficulties reaching a verdict on the fate of a Florida man charged with fatally shooting a teen after an argument over loud music.

On their fourth day of deliberations, the jurors told Judge Russell L. Healey that they haven't been able to reach a unanimous verdict on the first-degree murder charge against Michael Dunn. They said they've reached a verdict on four other counts against him.

Healey asked the jury to keep trying. As of 5 p.m. Saturday, the jurors have been deliberating a total of 30 hours.

Dunn is charged with first-degree murder in the fatal shooting of 17-year-old Jordan Davis outside a Jacksonville convenience store in 2012. Dunn claims he shot the Marietta, Ga., teen in self-defense. Prosecutors told jurors Dunn shot the teen because he felt disrespected by Davis during an argument over loud music.

Dunn first encountered Davis just minutes before the shooting began. Davis was sitting in the backseat of a red Dodge Durango waiting for his friend, Tommie Stornes, to purchase gum and cigarettes, when Dunn pulled into the parking space beside the SUV. The teens were blasting loud music and Dunn asked them to turn it down. The teen in the front seat, Tevin Thompson, obliged, but turned the music back up after Davis objected.

On Saturday, the jury resumed deliberations just after 9 a.m., after already deliberating the case for 22 hours over the three previous days. They seemed stuck on whether to convict Dunn on some counts but not others.

"They're struggling, obviously, but it's not for want of trying to reconcile all of this," Healey told the courtroom earlier Saturday after the jurors sent him another question. "I think we've got some analytical people in there who are trying to do just that - trying to analyze this from every possible angle."

Dunn also faces three counts of attempted first-degree murder and one count of firing a gun into an occupied vehicle.