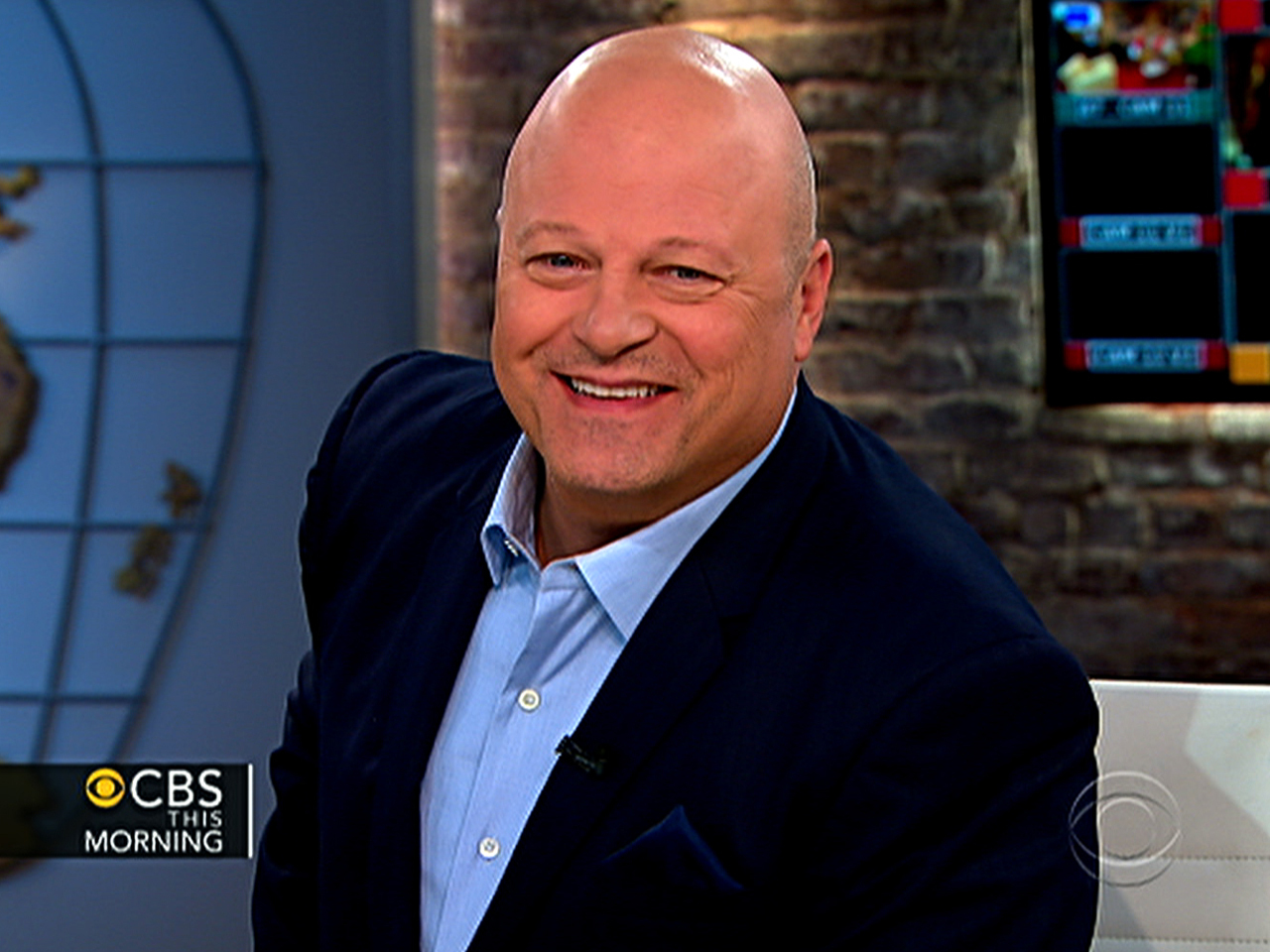 (CBS News) Michael Chiklis won an Emmy and a Golden Globe for his portrayal of a crooked cop on "The Shield." Now he's back in a new series, "Vegas," a drama set in 1960 based on the true story of rodeo cowboy-turned-Las Vegas sheriff Ralph Lamb who ran law enforcement in the city from 1961-1979. In the new TV show, Dennis Quaid plays Lamb as he battles fictional Chicago mobster Vincent Savino, played by Michael Chiklis.

Chiklis, who is known for playing police officer roles on TV shows like "The Commish," made a concerted effort years ago to change his image in order to be considered for grittier, more complex roles. He said on "CBS This Morning" that his wife, Michelle, helped him realize what he had to do.

It just hit me in the head. I just thought, 'You know what? You're right. I have to do the work. I have to do what I need to do to change the perception.'"

Now he's playing a character on the other side of the law. He explained his character, like his character on "The Shield," deals with the serious themes of idealism and corruption. Chiklis said, "If my role in 'The Shield,' Vic Mackey was about a cop that started an idealist and ended up spiraling into corruption, then Vincent Savino is a guy who was raised in corruption and is trying to liken himself to a phoenix and come out of that, although that's very difficult because you get dragged back into the mire. It's a theme we've seen in film before, in particular 'The Godfather' franchise."

The series charts the growth of Las Vegas in the turbulence of the 1960s, Chiklis explained. Asked about the fascination with the era in popular culture, Chiklis said, "Maybe it has to do with Twitter and Facebook and everything. The world has changed now. It's smaller. And information is so quick. People...make us aware of anything that happens all over the world at all times. We were more free (in the 60s) to do wonderful things, but more free to do bad things as well."

More than two decades after publishing her first novel, Diana Gabaldon's bestselling "Outlander" series is making it to the small screen

For more with Chiklis on his new show, his changing family life, and more, watch the video in the player above.