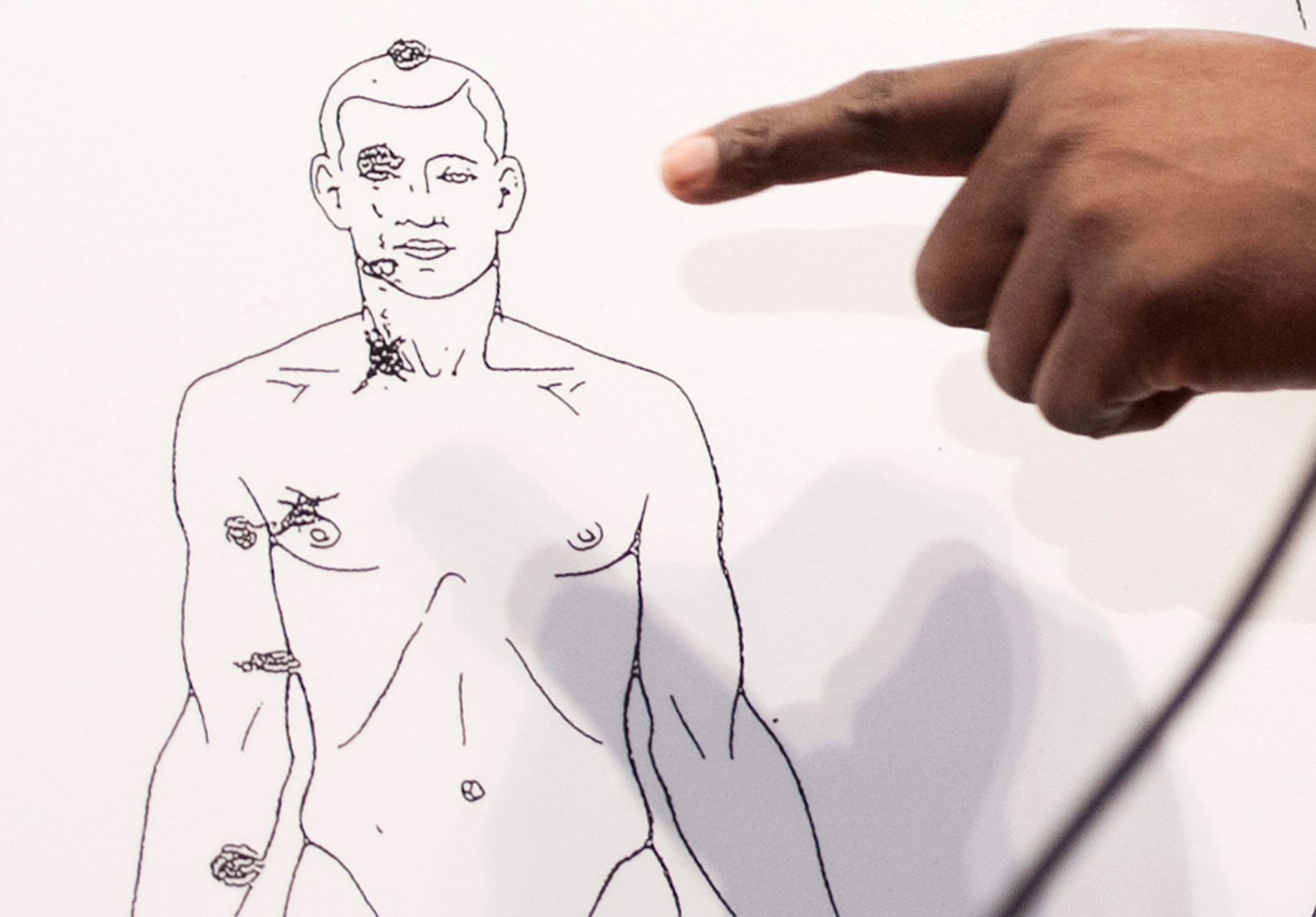 Autopsies completed on the body of black teenager Michael Brown have failed to reveal exactly what happened on Aug. 9 when authorities said white police officer, Darren Wilson, fatally shot the boy in Ferguson, Missouri. That's because autopsies can only expose so much, say experts.

The shooting launched more than a week of racially charged protests, responded to by law enforcement officers clad in military-grade riot gear, in the St. Louis suburb.

As part of three separate investigations into the shooting, both the county medical examiner's office and two other forensic pathologists conducted autopsies on the 18-year-old's body, with the latter autopsy completed at the request of Brown's family. The U.S. Department of Justice has also conducted a third autopsy. [10 Historically Significant Political Protests]

Even with such in-depth analyses, however, these postmortem investigations may still leave questions. An autopsy, experts say, can reveal how a person died, and in Brown's case, the angle of entry of his six gunshot wounds. A more thorough examination of the scene and the evidence is necessary to answer key questions about any struggle that may have occurred before the shooting.

"Autopsy and forensic pathology is a kind of medicine," said Gregory G. Davis, a professor of pathology at the University of Alabama Birmingham School of Medicine and the chief coroner and medical examiner of Jefferson County, Alabama, who was not involved in the Brown case. "So you approach your cases the same way other physicians approach medical evaluations -- you start with a history."

The limits of an autopsy

Shows like "CSI" portray forensic pathologists as Sherlock Holmes-like figures, gathering evidence of death from the most obscure clues. In reality, autopsies are extremely useful -- but they can't answer every question about a suspicious death. In about 3 percent of cases, medical examiners can't identify a cause of death at all, according to American Physiological Society researchers. These deaths include cases of people with a history of drug abuse, and infants who died without a clear reason (referred to as Sudden Infant Death Syndrome, or SIDS).

There seems to be little question about what caused Brown's death: The private autopsy conducted by pathologist Dr. Michael Baden and Shawn Parcells revealed the young man was shot four times in the right arm and twice in the head. The fatal shot entered the top of Brown's head. [How Exactly Is an Autopsy Done?]

But even a close look at Brown's gunshot wounds can't reveal how Brown and his shooter were positioned at the time of the death. Was Brown surrendering with his hands up, as witnesses have said? Or was he moving toward the officer?

Pathologists measure the angle of gunshot wounds in a body with simple tools -- a metal probe and a protractor, Davis told Live Science. But bodies are laid out on the autopsy table face-up, which is rarely the position in which the person died. What the autopsy can't say is how the person was positioned when the shots entered the body. For example, Davis, who is also the president of the National Association of Medical Examiners, recently testified in a case in which a bullet had entered the victim's chest high in the body and exited lower from the back. In that case, one possibility, Davis said, is that the shooter stood over the victim, shooting downward. Another is that the victim was leaning forward at the time of the shot. The bullet would have travelled parallel to the ground, but the path through the victim's body would have been skewed.

The private autopsy also revealed that there was no gunpowder residue on Brown's skin, which is evidence that the shots were not fired at close range. Nor were there signs of injuries on Brown's body from a struggle. Brown's clothing is still in the custody of the St. Louis County Police, and might hold its own evidence of struggle or gunpowder residue, according to Baden's statements to the media.

"Right now there is too little information to forensically reconstruct the shooting," Baden told the New York Times.

When a gun is fired, a cloud of gas from the gunpowder's ignition explodes outward, along with soot and unburned gunpowder, Davis said. If a shooter holds the gun so that the muzzle is in contact with the victim's skin, the gas injects itself into the body, either tearing the skin or leaving abrasions from the contact with the muzzle. A shot from an inch or so away will spare the skin from the gas, but leave soot around the wound. In contrast, a shot from between 3 and 9 inches (7.62 to 22.86 centimeters) away won't deposit any soot, but it will leave a characteristic "stippling" pattern from fast-flying gunpowder. A distance greater than about 9 inches between the skin and the gun, depending on the gun, would be categorized as a "distant wound," Davis said.

"Three feet would look the same as 4 feet, 10 feet, 50 feet," he said. At that point, the history of the deceased comes into play. Did witnesses report a shooter across the street or a few feet away? Are there any security cameras showing the shooting?

"The history is an essential component of all of this," Davis said.

Most autopsies follow a standard procedure, starting with an external examination of the body and progressing to an internal exam. X-rays can detect the location of bullets or bullet fragments lodged inside the body. [The 7 Biggest Mysteries of the Human Body]

The pathologist or pathologist assistant makes a Y-shaped incision in the torso, the arms of the "Y" running all the way to the shoulder joint, according to Ed Uthman, a pathologist in Houston, Texas, who has written a guide to autopsies for screenwriters and novelists. The rib cage is removed to provide a view of the organs in place; the organs themselves are then removed, weighed and dissected. Opening the stomach and gut can reveal the deceased's last meal and the time of the meal; an examination of the heart and blood vessels can reveal health conditions such as fatal blood clots.

The top of the skull is removed in one piece to access the brain, which can be lifted out once the spinal cord is severed. Typically, the brain would not be examined right away, according to Uthman, because the tissue is too soft to stand up to analysis. A solution of formalin is used to fix the tissue, so that it becomes firm enough to dissect.

In Brown's case, the initial autopsies found that he was healthy at the time of the shooting. Second autopsies can be slightly more challenging to conduct than initial autopsies, because of changes to the body during the initial examination or embalming, according to the Autopsy Center of Chicago. However, features such as the entry and exit wounds from gunshots would remain on the body. Baden told reporters in a news conference that observations in multiple autopsies rarely disagree. Autopsy is a science, Brown said, so in most cases the basic observations are clear and reproducible. In some tough cases, he said, interpretations of the wounds can vary. At that point, he said, it's up to the pathologist to explain his or her reasoning to the jury.

The results of the federal autopsy on Brown have not yet been released, but the Department of Justice has said it will not rely on Brown's body alone to tell the story of his killing. The federal government has deployed 40 FBI agents to Ferguson to investigate Brown's shooting and interview witnesses, according to an Aug. 18 statement by U.S. Attorney General Eric Holder.

"No matter how others pursue their own separate inquiries, the Justice Department is resolved to preserve the integrity of its investigation," Holder said in the statement. "This is a critical step in restoring trust between law enforcement and the community, not just in Ferguson, but beyond."

Davis said the multiple autopsies in the Brown case may be a good thing, in that the results are unlikely to disagree, and multiple lines of investigation are more likely to convince the public that the autopsy findings are trustworthy.

"Gunshot wounds are unfortunately quite common in the United States, so people have plenty of experience in interpreting them," he said.