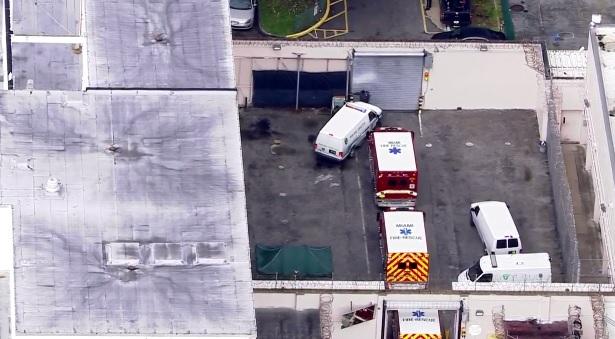 Miami-Dade Corrections officials say they were conducting a routine check when they got called to a cell holding 24 men for a medical call.

At that time, one of the inmates told officers they were not feeling well, prompting officers to evacuate the cell.

Arelis Escano, a court clerk at the Metro Justice Building, saw the commotion and spoke with CBS Miami.

"What I saw was a lot of police over by the building," she told the station. "They were surrounding it. When I saw that, I knew that something big was happening."

"It was crazy," she added. "I was shocked. I mean at the jail, there should be no drugs there but I don't know what happened."

A corrections spokesman said it is not known what caused this incident. He said all the inmates are older than 35.

It isn't known if they ingested anything before they said they were sick.

Two of the prisoners were previously listed in serious condition while the other two were taken out of precaution, according to corrections officials.

A few hours later the inmates were returned to the jail without incident, according to the Dept. of Corrections.

Police and officials with the Corrections Dept. are investigating the incident.

The Department of Corrections issued a statement on the matter:

"Miami-Dade Corrections and Rehabilitation Department remains committed to our mission to 'serve our community by providing safe, secure, and humane detention of individuals in our custody while preparing them for a successful return to the community."