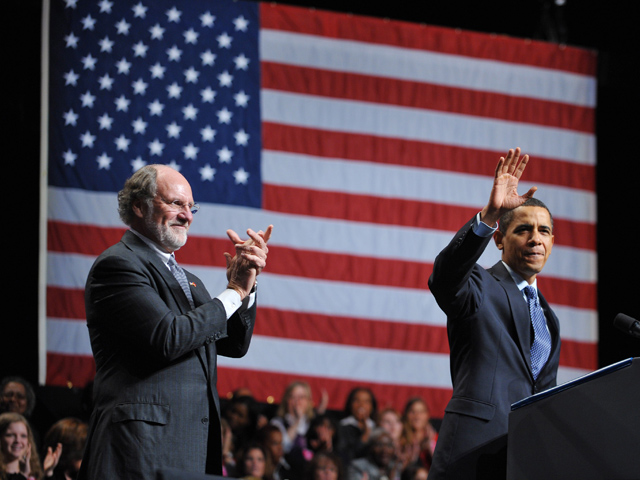 (AP) NEW YORK - Former New Jersey Gov. Jon Corzine could face a lawsuit from the trustee trying to recover $1.6 billion in customer money from the collapse of the brokerage MF Global.

James Giddens, the trustee overseeing the liquidation of the company, said in a bankruptcy court filing Monday that he may sue Corzine for breach of fiduciary duty and negligence.

Giddens said his investigation found that Corzine, who took over as MF Global CEO in March 2010, led the company to trade in unsafe securities and take on far greater risk than comparable companies did.

Corzine, a former U.S. senator and CEO of the investment bank Goldman Sachs, took the top job at MF Global after losing a bid for re-election as New Jersey governor in 2009.

He hoped to remake MF Global from a modest brokerage firm into a Wall Street powerhouse. But it filed for bankruptcy protection, crippled by disastrous bets on European debt, less than two years after Corzine became CEO.

The bankruptcy was the eighth-largest in the United States and the largest on Wall Street since the 2008 collapse of Lehman Brothers.

It was a very risky bet, and it turned out to be a bad one. European countries were teetering under massive debt loads, and some ultimately had to be saved by bailouts. The value of the securities fell dramatically.

About $1.6 billion was found to be missing from client accounts when the company failed. Much of the missing money belonged to farmers, ranchers and other business owners who used MF Global to reduce their risks from fluctuating prices of commodities such as corn and wheat. The FBI and federal regulators are investigating.

Corzine has told Congress he did not know customer money was missing until the day before MF Global collapsed. But Giddens said in his report that top management was partly responsible for the disappearance of customer money.

The trustee also threatened to sue JPMorgan Chase if he does not reach an agreement in his discussions to retrieve money that was transferred to the bank from MF Global. JPMorgan held MF Global funds in several accounts and also processed the firm's securities trades.

The bank has already returned $608 million to the firm since the filing. JPMorgan declined comment on the report.