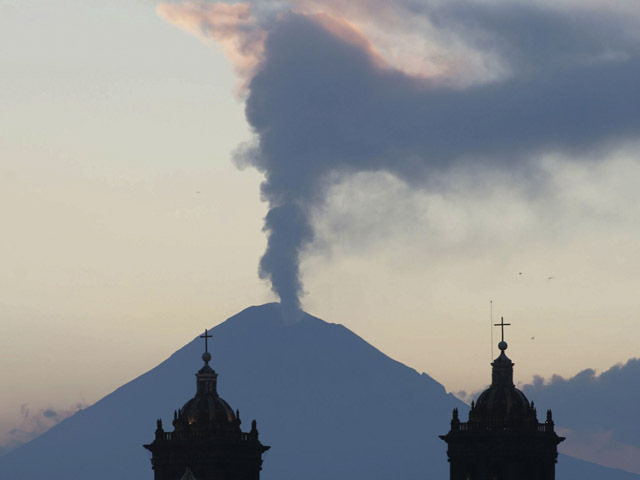 (AP) MEXICO CITY - Authorities in Mexico have raised the alert level for the Popocatepetl volcano southeast of Mexico City due to increasing activity. It's now at the fifth step on a seven-level warning scale.

The National Disaster Prevention Center says a lava dome is growing in the volcano's crater. The 17,886-foot (5,450-meter) volcano also has been spewing fragments of incandescent rock recently, as well as water vapor and ash.

The center said in a statement late Monday the volcano could experience "significant explosions of growing intensity that hurl incandescent rocks significant distances," large ash showers and possible flows of mud and molten rocks down the volcano's flanks.

The alert is now at the highest level of the yellow stage; the next stage is a red alert, in which evacuations would presumably begin.