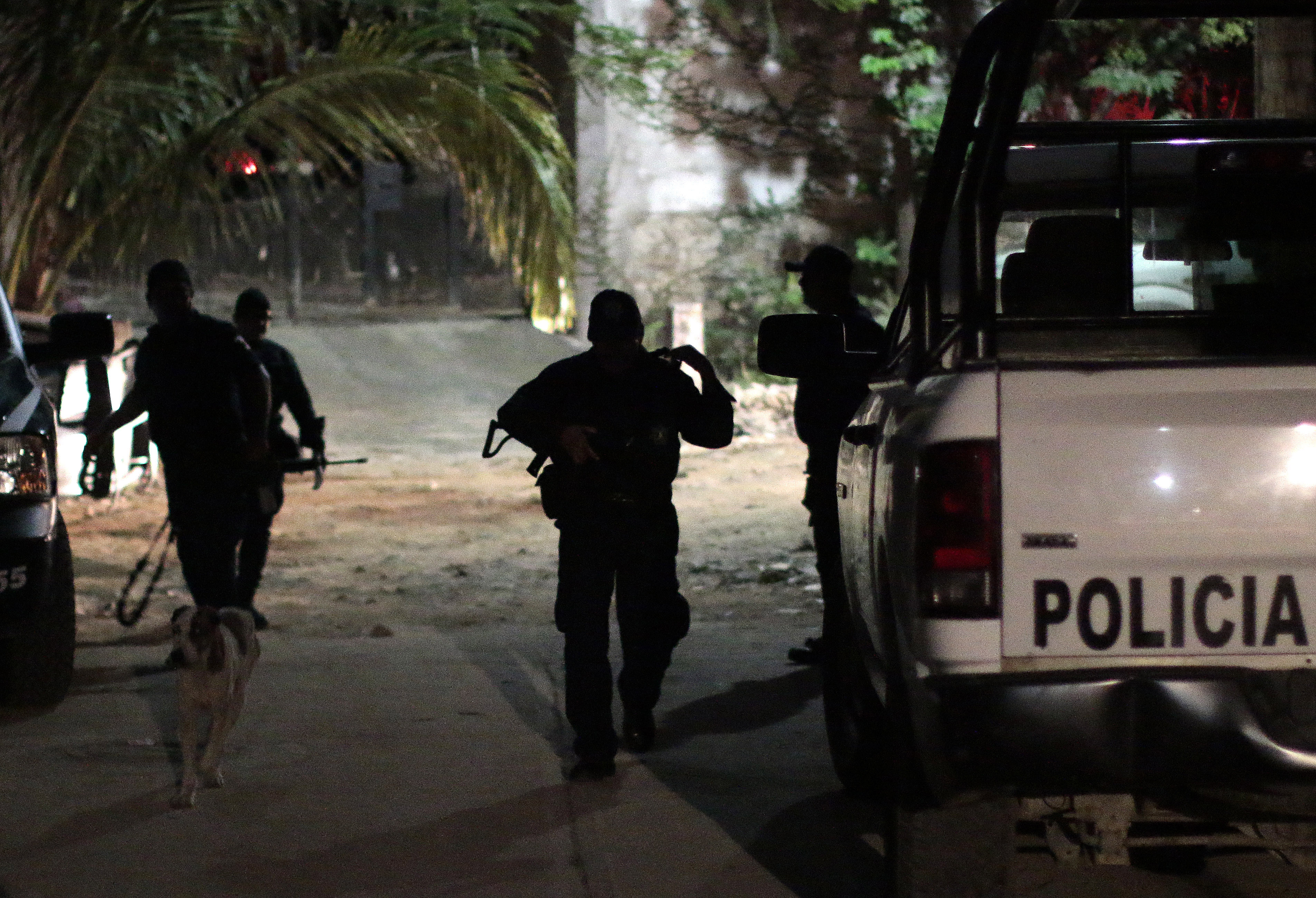 At least 16 people were reportedly murdered last weekend in Mexico, but one victim in particular has shocked Mexicans and sparked desperate pleas for an end to the crime that permeates the country.

The image of Marcos Pano's tiny, lifeless body, wearing just a diaper and a white, bloodstained bodysuit, next to the bodies of his parents, has gripped the nation.

Marcos was less than a year old -- just seven or nine months, depending on which newspaper you read.

The entire family was gunned down last Friday as they walked out of a convenience store in the Pinotepas Nacional, in the southern state of Oaxaca.

Officials have not said specifically that the drive-by shooting was the work of a drug cartel, but the groups are at the crux of Mexico's devastating violent crime rate. At least 16 people were killed last weekend across the country, according to the Milenio newspaper, including Pano and his parents.

According to Mexico's own government figures, there were 15,649 murders in 2014. That, however, was an improvement.

The University of San Diego's "Justice in Mexico" project found that federal government programs and military operations to crack down on cartel and organized crime activity in the country have seen the murder rate decline steadily since 2011.

The 15,649 figure is actually about 15 percent lower than the murder tally for the previous year.

But the image of a baby with gunshot wounds reminded Mexicans there is still a long way to go. It has been compared to the iconic image of Syrian refugee Aylan Kurdi, the young boy whose body was found washed up on a Turkish beach after his family tried to cross the sea to Europe. That image galvanized Europe to open its collective arms to the flood of refugees, at least temporarily.

"And the indignation for Pinotepa Nacional? Mexicans seem more compassionate for others than for ourselves," said one Twitter user, under side-by-side photos of Kurdi and Pano.

In a column for El Universal this week, Mexican journalist and editor Katia D'Artiques cited statistics from a Mexican human rights group suggesting 1,750 children had been killed between 2006 and 2014 in the crossfire of Mexico's war against organized crime.

D'Artiques noted that Pano was one of three Mexican children killed by gunfire last weekend alone.

Police have detained seven suspects linked to the shooting of the family in Pinotepa Nacional, according to a report earlier this week in the Milenio newspaper.

That report quoted a prosecutor in Oaxaca as saying the family was caught up in a dispute "between two criminal gangs, fighting over control of drug trafficking in the area."

"May the photo of Marcus continue making waves," D'Artigues wrote, concluding her opinion column in El Universal. "May it continue hurting us. It is a reality we need to see. And confront."