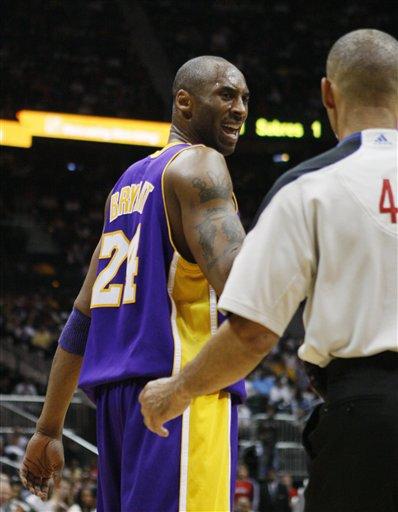 Mexican authorities are investigating the sale of fake or substandard medicine in a border town so popular among Americans seeking cheap medications that it has more pharmacies than streets.

U.S. officials said at least one pharmacy sold useless tablets labeled as Zocor, a cholesterol drug, to an American citizen in Algodones, a hamlet with 10 streets and about 20 drug stores across the border from Yuma, Ariz.

Algodones has one bar, one church and an estimated 250 doctors, dentists and opticians, almost all of whom cater to the thousands of Americans who cross each year for cheap drugs and health services. The drugstores often also sell alcohol — names like "Liqui's Pharmacy and Liquor" are common.

The U.S. Food and Drug Administration issued an alert July 30 about the counterfeit Zocor — which did not contain any active ingredient — and a bogus version of Carisoprodol, used to treat muscle spasms, which had a very low level of its key ingredient.

Ernesto Enriquez Rubio, the head of the Mexican government's drug watchdog agency, said authorities are investigating the origin of the fake medicine, noting "no laboratory is producing this legally in Mexico."

"It was a total fraud," he said. "The medicine had no active ingredient whatsoever."

It was unclear whether the problem was widespread. There have been isolated reports of fake medicines in the past, but none large enough to halt the flow of Americans seeking cheaper health care in Mexico, estimated at 15,000 crossings daily in the busy winter months.

"I think they exaggerate things, about people getting ripped off down here," said Ernest Phillips, 66, of Yuma, as he shopped at an Algodones drug store. "I've been coming here for six years and I've never had a problem."

"This is a lifesaver for some people," Phillips added, noting some medications are a third of what they cost in the United States. "There are a lot of old people who would just do without (medications) if they didn't have this."

"I have enough confidence," Kavanaugh said. "They're always telling you something's not good for you, like eggs, and now they're good for you again."

But getting a sugar pill instead of an anti-spasm medication is no laughing matter, said Hal Zenenberg, director of marketing for Westward Pharmaceutical Inc., the maker of Carisoprodol, noting "if you don't have the active ingredient, it's not going to relieve the spasm."

Industry officials say there is a long-standing problem with drugs of dubious effectiveness being sold at border pharmacies. Tom Kubik, executive director of the Pharmaceutical Security Institute, said many border pharmacies are running a "bait-and-switch" scam on U.S. customers.

"If a U.S. patient comes in to fill a prescription, it is not uncommon for them to be shifted to 'similares,"' drugs that don't meet the standards of generic equivalents, Kubik said.

U.S. companies and officials often have to call the Mexican government's attention to problems at border pharmacies, Kubik said, noting "you've got to go to them with detailed evidence before you get some response."

Pharmacists in Algodones denied selling counterfeit medicine in their stores.

"We earn a slightly higher profit margin on the generics, but it's always up to the customer to decide. We'll sell him what he wants," said Osuna.

Local businessmen fear the alert could hurt business in Algodones, which is so dependent on sales of a few top-selling medications that one local pharmacy has reportedly been nicknamed "Viagraland" by locals.

"The pharmacy owners meet every two weeks to look at these kind of situations, and to make sure everybody is charging the same prices," Cochran said.

Osuna said he would be more vigilant in the future, especially of the smaller traveling medicine salesmen who pull up to his door with a carload of samples.

"I'm going to start asking for signed receipts from all my suppliers, and ask to see their laboratories from now on," he said.