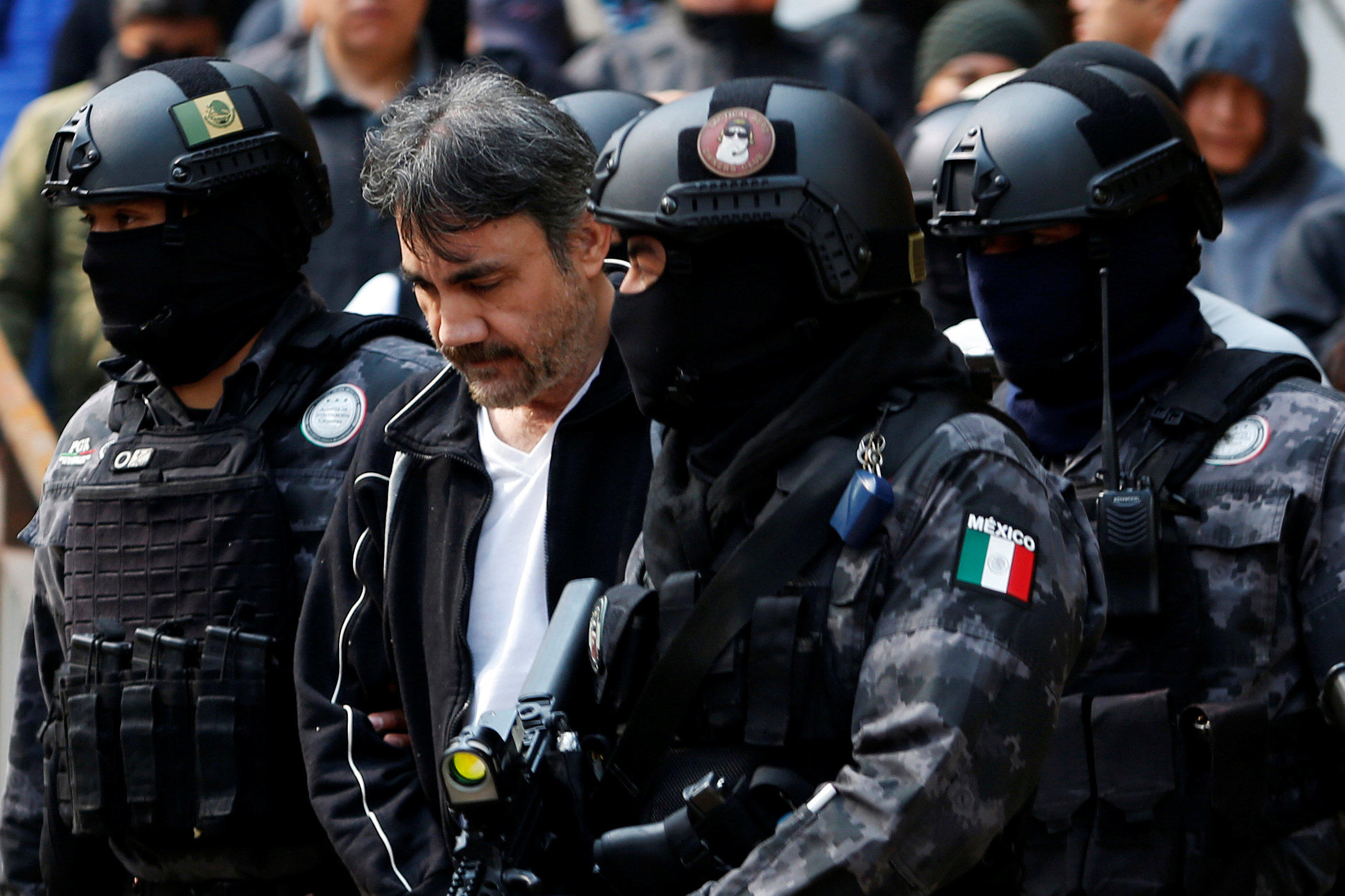 MEXICO CITY -- One of the Sinaloa cartel leaders who launched a struggle for control of the gang following the re-arrest of Joaquin "El Chapo" Guzman was captured Tuesday, Mexican prosecutors said.

According to the attorney general's office, soldiers and prosecution agents carried out a morning raid to capture a drug gang leader it called "Damaso N."

A federal official confirmed the suspect is Damaso Lopez, known by the nickname "El Licenciado" — a title for college graduates. Lopez was long considered Guzman's right-hand man and helped him escape from a Mexican prison in 2001.

The office distributed photos showing soldiers in full battle gear guarding the entrance of an upscale apartment building on a major boulevard in Mexico City, not far from downtown.

The soldiers and police later escorted a man who appeared to be Lopez out of the building under heavy guard.

Lopez would not be the first high-level drug suspect from outlying provinces captured in the capital. While Mexico City officials say drug cartels do not control territory in Mexico City, they acknowledge that drug lords have sometimes lived in the city and moved drug shipments through the capital.

With Guzman in jail, the Sinaloa Cartel has been controlled by Ismael "El Mayo" Zambada Garcia and Rafael Caro Quintero, two of the most traditional, old-school capos, plus Lopez, and Guzman's son, Ivan Archivaldo Guzman and Jesus Alfredo Guzman Salazar.

Guzman was extradited to the United States earlier this year to face drug trafficking, money laundering and other charges. He has pleaded not guilty.

Lopez, 51, is believed to be locked in a dispute with Guzman's sons for control of the cartel's territories. He was also blamed for a supposed attack on Zambada.

The dispute has led to an upsurge in violence in Sinaloa and other states.

"This [arrest] is a big deal because it may stave off an internal war within the Sinaloa cartel," said Mike Vigil, a former chief of international operations for the U.S. Drug Enforcement Administration. "This could have easily gone into a full-scale war, which could have translated into massive casualties and violence in Mexico."

"I would say this is the most significant capture after Chapo Guzman," said Vigil.

But Mexican security analyst Alejandro Hope said Lopez's arrest probably won't reduce the level of violence, "not in the short term." He said Lopez's son, Damaso Lopez Serrano, would likely seek revenge for his father's arrest. Like Guzman's sons, the younger Lopez — known as the "mini-licenciado" — is known to be violent, flashy and undisciplined.

The newer generation of the Sinaloa cartel has apparently abandoned the relative low profile, discretion and calculated violence of their fathers.

"They only they know about the drug business is violence" Vigil noted.

The U.S. Department of the Treasury's Office of Foreign Assets Control described Lopez as Guzman's "right-hand man" and "one of the top lieutenants of the Sinaloa Cartel" in 2103 when it announced U.S. sanctions identifying him as a major international drug trafficker.

In 2011 Lopez was indicted by a federal grand jury in Alexandria, Virginia on charges of conspiring to distribute cocaine and conspiring to commit money laundering. He would face a maximum penalty of life imprisonment, if convicted.